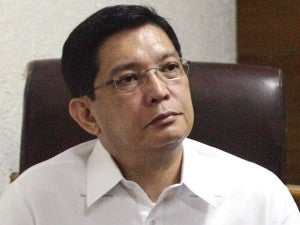 The Department of Justice (DoJ) decided on Wednesday to proceed with its preliminary investigation into the alleged kidnapping of a Japanese woman, after it threw out the 10 separate motions filed by former National Bureau of Investigation (NBI) director Magtanggol Gatdula and other suspects in the case.

In an omnibus order, the DoJ panel headed by State Prosecutor Juan Pedro Navera said Gatdula et al. might raise their opposition questioning the recommendation of the DoJ fact-finding panel, which looked into the abduction of Noriyo Ohara.

In their separate petitions, the respondents pointed out that a Manila regional trial court had declared as unlawful the fact-finding investigation ordered by Justice Secretary Leila de Lima.

“The only issue raised in this preliminary investigation is whether or not there is sufficient ground… that crimes alleged by (Ohara) in her affidavit and by her witnesses had been conducted, and the respondents are probably guilty thereof and should be held for trial,” the DoJ panel ruled.

It added: “(O)ur rich jurisprudence on the matter consistently declares the purposes of preliminary investigation to be ‘to secure the innocent against hasty, malicious and oppressive prosecution.’”

An undocumented alien, Ohara was forcibly taken by unidentified men from the house of her foster family in Pangasinan in October 2011. She was later taken to the NBI headquarters in Manila for alleged violation of the country’s immigration law.