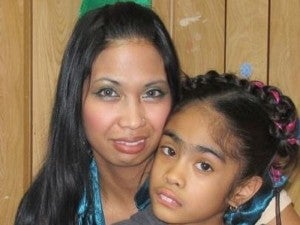 The Outstanding Filipino Americans in New York has opened the Facebook voting for this year’s search for exemplary Filipinos. Among the notables in the list are Lorna Schofield, President Obama’s nominee for the position of federal district court judge for the Southern District of New York; NYU Dean for Science Michael Purugganan; and Cheryl Ocampo, mother of a special-needs child and founder of the Queens County Parents Autism Coalition.

The winners will be known after October 5, and an awarding ceremony will be held at Carnegie Hall on Oct 27 with Consul General Mario de Leon Jr. and philanthropist Loida Nicolas Lewis as guest speakers.
Pulitzer Award-winning journalist and immigration activist Jose Antonio Vargas and Philippine TV personality Gel Santos Relos will emcee the event.

FOR FASHION AND STYLE
•       Danelle Izza Dungca: fashion designer and creative director of ONE
10 Collection.

NOMINEES FOR FOOD AND RESTAURANTS
•       Mario and Susan Albenio of Tito Rad’s, a restaurant in Queens.
•       Elma Santander of Philippine Bread House, a bakery that has endured
in Jersey City for more than three decades.
•       Anthony and Lisa Siopongo of Casa Manila.
•       Margarette Villanueva: caterer and restaurant owner.

Susan Gador offered her “sincere gratitude” that her organization, the
Philippine Nurses Association of New York, is among the Heritage
Awardees.

The Heritage Award goes to individuals and organizations that have brought service and joy to the community over the years through their time, talent and professional commitment. This year’s recipients are: Association of Fil-Am Teachers of America NY-NJ; Ma-Yi Theatre
Company; Philippine American Chamber of Commerce; and the San Lorenzo Ruiz Choir.

“They are all winners in their own right,” said TOFA-NY President Elton Lugay. “Facebook makes the search transparent.”

TOFA Producer Grace Hufano-Labaguis said TOFA’s objective is to recognize the outstanding FilAms in the Tri-State area. Anyone may send in nominations after which the TOFA board “diligently” reviews each nominee’s qualification.

“Anyone can check and review the final nominee’s qualification online. Their (nominees) background, achievements, contributions in the community can easily be accessed and the board can always answer inquiries from those who have questions about a particular candidate,” she explained.

“It is about time we recognize achieving Filipino Americans in our Tri-State,” said TOFA Producer Rolan Gutierrez. “It is