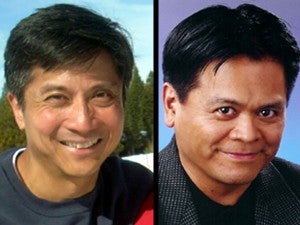 “We are extremely honored to have received outstanding journalism work comprising more than a hundred individual entries from the increasingly vibrant and diverse range of ethnic and youth media in Northern California and the Central Valley,” said NAM Awards Chair for California Odette Keeley. “These media outlets are serving African-American, Latino, Middle Eastern and Asian communities and their stories are magnifying issues of communities that are largely unexplored.”

NAM received 112 entries for 11 categories covering print, broadcast, and online platforms, ranging from Investigative/In-Depth Reporting to Community Blogging. Distinguished judges from a variety of media outlets and organizations selected the winners, who will be honored at the Awards Gala on Thursday July 19th at 5:30 p.m. at the KQED Studios in San Francisco. NAM is also honored to have Bay Area journalism icon and the multi-awarded TV host of KQED’s “This Week in Northern California,” Belva Davis, as our Awards Gala emcee and honoree.

“From a Latino newspaper in San Francisco taking us to the heart of the human battles on the US-Mexican border; to a South Asian paper reporting on the foreclosure crisis with a case study in Silicon Valley; to a radio podcast in the East Bay discussing discrimination of black women among the black diaspora and; a Filipino TV network in the Peninsula showcasing the richness of Filipino literature – we are proud to salute these journalists and their compelling work,” said Keeley.

Below is a complete list of the winners for the 2011/2012 NAM Ethnic Media Awards for Northern California & Central Valley:

SPECIAL RECOGNITIONS DURING THE AWARDS GALA: