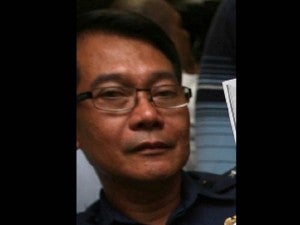 MANILA, Philippines–A 39-year-old Frenchman was arrested by police for allegedly paying for sex with an underage girl and uploading a video of the act on the internet, the Criminal Investigation and Detection Group said Wednesday.

At 3:30 p.m. on July 10, CIDG operatives caught the suspects at Robinsons Place mall in Ermita and rescued the 17-year-old girl, whose name was withheld for being a minor, the CIDG said in a statement.

The head of Pampanga CIDG, Chief Inspector Fernando Cunanan Jr., said the suspect hired the victim sometime last year for sexual services and recorded their intercourse on a video camera after paying her P8,000.

In April, the victim together with her parents filed a complaint with the CIDG office in Pampanga against the Frenchman after they discovered that the sex video had been uploaded online and was circulating in their barangay, he said.

Cunanan said the suspect continuously communicated with the victim and even threatened to post their other videos if she stopped meeting him.

On Wednesday, CIDG operatives arrested Bovoi and Catalan, who fetched the victim from a bus station on Recto Avenue and brought the victim to the mall, the official added.

Confiscated from the Frenchman was a digital camera, which was to be subjected to forensic analysis by the CIDG’s cyber-crime division.

The suspects were turned over to the CIDG’s Women and Children Protection Desk and would face charges of violations of anti-human trafficking and anti-voyeurism laws.