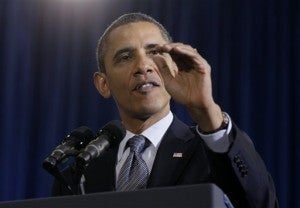 Passed by Congress and signed into law by President Barack Obama on March 23, 2010, ACA requires adults not covered by employer- or government-sponsored insurance plans to maintain minimal essential health insurance coverage or pay a penalty. The law seeks to extend coverage to an estimated 30 million uninsured Americans and compel insurers to provide coverage for those with pre-existing condition who would have been denied coverage in many states.

Most of the Filipino Americans interviewed by FilAm Star generally expressed support for Obamacare, which was upheld recently by the US Supreme Court. There was near consensus among the Filipinos that the law is “pro-people,”  “humane,” and beneficial to those who need health insurance the most.

Community leader Arnedo Valera, a co-executive director of the Migrant Heritage Commission, called ACA the most important piece of health care legislation since the creation of Medicare in 1965.
“This is a major and a radical change of the U.S. health care system since the Medicare of 1965, as it assures – or, to say the least, attempts to assure — us of health care coverage as Americans,” said Valera, a Washington DC-based lawyer and immigrant advocate.

Though far from perfect, Valera thinks Obamacare is certainly better than the status quo — and is beneficial to FilAms.

“For the four million Filipino Americans and immigrants of this great nation, it means expanded coverage for the uninsured and underinsured,” Valera said, adding that affordable health care is a “basic human right.”

Allen Gaborro thinks that the fundamental goal of Obamacare is to provide healthcare to millions of Americans who cannot afford it and believes that the law “will do exactly that” regardless of what the critics may say.

“Whatever its opponents think about it, the Affordable Care Act is a necessary governmental expression of humanity and compassion that has long been absent from the American socio-political discourse,” Gaborro said .

Frederic Simonds has a short but meaty reaction to the healtcare law, “It’s not the end-all… but it’s a heck of a lot closer to the be-all.”

Dr. Rick Carranza of Scottsdale, Arizona is convinced that the “most humane” and probably most important feature of the ACA is its prohibition on insurers from denying people with pre-existing medical conditions.

“As a doctor, I applaud the upholding by the Supreme Court of the president’s Affordable Health Care Act.  One key provision there that I find most humane — and which is the right thing to do — is that which prohibits insurers from denying insurance coverage for people with pre-existing conditions,” said Carranza, an immigrant from Cavite and Batangas.  “That’s no different from doctors shooing away patients who need our help.  Still, there’s a lot in the Act that need to be explained to the people.  I also wonder if there’s a chance for the law to be tweaked before its full enforcement in 2014.”

Another physician, Dr. Napoleon Bernardo of the Bay Area, said that apart from ensuring coverage for people with pre-existing medical issues, Obamacare would lead to improved delivery of medical services to Americans.

“I think this law is okay because it is pro-people, for it will cover all patients who no longer [have to] resort going to the emergency room for simple complaints like cough and cold,” Bernardo said

He lamented the fact that emergency room doctors sometimes become primary care doctors in the present setup because some uninsured patients seek medical attention in hospitals’ emergency units, thus leading to additional expenses for the government that funds the hospitals.

“Currently, the ERs are being used as a ‘primary care clinic’ by the uninsured. Some visit the ER just to get prescriptions refilled, or wanting care for simple symptoms,” said Bernardo who used to work for a county hospital in New York.

Winston Serquiña of the U.S. Postal Service in Belleville, New Jersey, on the other hand, is concerned that the ACA is, “in reality, the biggest tax hike” due to bigger government medical expenses in having those without insurance covered under the law.

Serquiña is also worried that for persons who have adequate insurance coverage, the choice of medical service providers could be restricted by the law.

“As it is, we already have a good medical insurance coverage. I can go to the doctor I want, whenever, I want but now I would have no more choice but go to someone who will tell me the doctor I would report to for medical needs,” Serquiña rued.

With roughly 25 percent of the population uninsured, the Affordable Care Act is expected to vastly expand insurance coverage to Americans, especially minorities who could not afford to pay for their own coverage because of high costs.

Lori DeRenzo, human resources manager of Lucky Chances Casino, a 100 percent Filipino-owned company in the Bay Area town of Colma, said the Affordable Care Act sends the message that the government cares for the ordinary people, particularly the those who need of heathcare insurance the most.

Of course, the ACA entails additional costs for business, especially small businesses that find it hard to raise the funds to provide insurance coverage for their staff.

“As an HR professional… I don’t like the fact that employers are backed into a corner as far as what they choose to provide, because healthcare is a benefit, DeRenzo said. “If an employer has to juggle other expenses to support a healthcare plan in order to stay in business, then that is not a very good business maneuver.”

Under the law, an employer with 25 or less employees is qualified for federal tax credits to help the employer buy insurance coverage for the workers. Companies with 50 or more workers and don’t provide them with insurance — or if the workers can’t afford the insurance — would be liable for a $2,000-fine per worker beginning 2014. But depending on the size of the business and the state, the employer could go for affordable small-group insurance coverage from a highly regulated insurance exchange.

Jun Nucum, who used to work in a Filipino-owned day care center for special kids, said employees of his former company had clamored for health benefits but the employer did not offer much in the absence of a law like the ACA.

“But now, it’s a different ballgame altogether,” said Nucum, a FilAm Star editorial contributor. “Employees will be happy, but employers will have to manage their bottom line and see how this will be impacted by the mandatory health insurance coverage.”

On mandatory individual coverage, Nucum said individuals should have the freedom to decide whether they want coverage or not.  “It’s just like any other basic choice in life: buying a car or not, staying single or getting married, pursuing a university degree or just acquiring vocational training, etcetera,” he pointed out.

Nucum continued:  “On the other hand, taxpayers — especially those with insurance coverage — should not be subsidizing the healthcare costs of those who elected not to buy insurance, and, therefore, the penalty or tax, according to the Supreme Court, makes sense …… it will help unburden the state and the taxpayers.”

IT professional Emmanuel Nervez said Obamacare is the way to go toward eventual universal insurance coverage in America.

“Sure, the ACA increases the healthcare insurance cost for working Americans. However, it all goes back to their health maintenance. If we’re paying more for our medical insurance, the more reason we should see more of our medical providers. Let us get back our money’s worth,” Nervez said.

As for employers, Nervez said they should not complain about the higher costs of providing health insurance because a healthy workforce is more productive, which translates to long-term benefits for both employers and their workers.