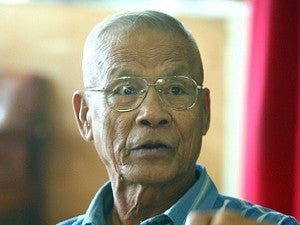 “There are regional protocols in the Asean on the issue of exchanges of information and intelligence reports,” Biazon said in an interview with Radyo Inquirer 990 AM Thursday.

“We can also use the provisions of the Mutual Defense Treaty (with the US) as basis for that,” he said.

President Benigno Aquino III said on Monday that he could ask the US to deploy spy planes over the West Philippine Sea to monitor the area which is being claimed by several countries including China and the Philippines.

“I support the President’s decision to send spy planes to Scarborough,” Biazon said. “Nothing would prevent us (from doing so).”

He said that it was important to support the country’s claim before the United Nations. He said that “we should know whether or not the code of conduct signed by Asean plus China was not being violated.

Biazon recommended that the Philippines’ ships should return immediately to the Shoal and that the fishermen should also be allowed to return with a security escort.

Biazon is a retired general and had previously served as chief of staff of the Armed forces of the Philippines.