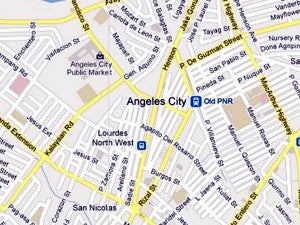 ANGELES CITY, Philippines—A Dutch national working for a nongovernment disaster management organization was shot and killed by a lone gunman in his office in a residential subdivision here past noon Tuesday, an eyewitness said.

Fred Villareal, a correspondent of Sun Star Pampanga, said he was writing a story in the compound of the Alay Bayan at the L & S Subdivision when he saw two men enter the premises about 12:20 p.m.

One of them pointed a gun at William Geertman, 67, who struggled to pull the pistol away from him. The assailant, however, regained control of the gun and shot Geertman in the back.

The gunman and his companion fled on a motorcycle.

Geertman, who used to volunteer for another NGO in Aurora, died in the emergency room of the nearby Sacred Heart Medical Center at 1:20 p.m., Villareal said.

He said eight NGO volunteers were in the compound during the attack but none of them was hurt.

Investigators have yet to identify the assailants or establish possible motives in Geertman’s murder.