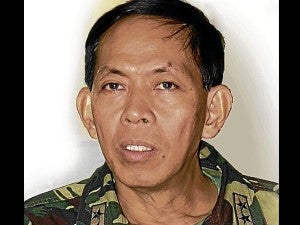 Human Rights Watch (HRW) said that while the conviction of human rights abusers depended on the courts, the lack of successful prosecutions “highlights broader problems that rest with the administration.”

Elaine Pearson, deputy director for HRW’s Asia Division, observed that the police still failed to follow up and arrest suspects, and the military continued to “obstruct” investigations.

“Even in the case against retired Army Maj. Gen. Jovito Palparan, where we praised the administration for bringing charges, not enough is being done to bring him to custody so that he can receive a fair trial,” Pearson said.

The fugitive retired general had been charged with the 2006 abduction and illegal detention of students Karen Empeño and Sherlyn Cadapan.

HRW earlier said that President Aquino had failed to prosecute a single case of extrajudicial killing and enforced disappearance in his two years in office.

This was disputed by deputy presidential spokesperson Abigail Valte, who said the administration had initiated the filing of cases against suspects but had no say over their conviction. In Palparan’s case, she said, charges have been filed and a massive manhunt has been launched for him.

“Conviction isn’t part of the executive branch’s job,” she said.

Pearson said the President could do a lot more to “systematically address” the barriers to successful prosecutions.

For starters, she said, Mr. Aquino should order the National Bureau of Investigation to probe police and military personnel implicated in killings. He should order the police to redouble efforts to investigate abuses involving government officials, she added.

The President should also order the military to cooperate with civilian authorities investigating military abuses, or face sanctions, she said. Additionally, he should take immediate steps to ensure that the witness protection program is independent, accessible and properly funded, she said.

“As President Aquino himself pointed out, fair trials that result in the conviction of those implicated in abuses is the true test of his commitment to his promise,” Pearson said.