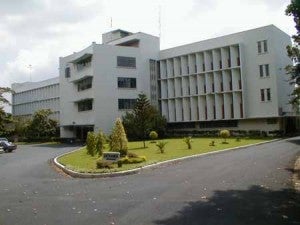 MANILA, Philippines – Three Philippine Universities are among the top 50 universities in the world when it comes to teaching English, according to a new survey by the London-based research and ratings firm Quacquarelli Symonds (QS).

In a statement sent to the Philippine Daily Inquirer, QS said the country’s “specialist strength” in the English language was affirmed in results of its latest World University Rankings by Subject, an index that rates universities across 29 disciplines.

World-renowned universities in the United Kingdom and the United States took the top five spots (in this order): Cambridge, Harvard, Oxford, Yale and University of California Berkeley.

“The specialist strengths of Philippine universities in English language and literature are clearly shown in these rankings. The country should be proud of their achievements,” Ben Sowter, QS research chief, said in the statement sent to the Inquirer.

English is widely used in the Philippines in business, government, media, pop culture and daily life, with the language integrated in basic education. Proficiency in the language is also known to have helped the country become a top location for international business process outsourcing firms looking to hire qualified non-native English speakers.

The Philippines rated in only one other discipline, with UP placing within the 101-150 bracket in Geography.

The ranking, the “largest of its kind to date,” rated some 600 universities from 27 countries, with scoring based on some 50,000 responses from employers and members of the academe, QS said.