After two years in power, President Benigno Aquino has failed to fulfill his promises to ‘bring those responsible for serious abuses to justice,’ the Human Rights Watch says in a report Thursday. Video by HRW

MANILA, Philippines – Since he took office two years ago, President Benigno Aquino III has failed to fulfill his promises to hold accountable those responsible for serious human rights abuses, a watchdog said Thursday.

“The Aquino government has not successfully prosecuted a single case of extrajudicial killing or enforced disappearance, including those committed during his presidency,” Human Rights Watch (HRW) said in a report.

In its 2011 report “No Justice Adds to the Pain,” HRW noted that there were 10 cases of extrajudicial killings and enforced disappearances since Aquino took office. However, no one has been arrested for these cases, and three “disappeared” people remained missing. 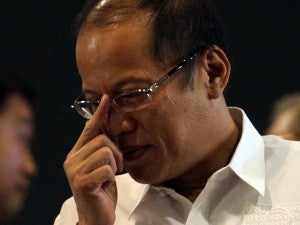 “President Aquino has not lived up to his promises to bring those responsible for serious Abuses to justice, Elaine Pearson, deputy Asia director at Human Rights Watch said in a statement. “Concrete measures – rather than more promises – are needed now.”

HRW noted that President Aquino said in his first State of the Nation Address in July 2010 that the case of Francisco Baldomero, an activist from Aklan province who was killed on July 5, 2010, was among those “on their way to being resolved.” Though an arrest warrant was issued for Dindo Ancero in the case, he has not been apprehended and the case was put on hold in January 2011, HRW said.

A similar case happened to the case of Rene Quirante, a left-wing activist who was beaten and shot by uniformed men on October 1, 2010 in Negros Oriental Province. HRW said an arrest warrant was issued but never served for one of two suspects in the case, with a relative of Quirante’s alleging that the suspect has been seen in the company of soldiers.

“Nothing is happening,” Quirante’s relative told HRW in April. “We’re growing tired of waiting for justice.”

HRW also released a video entitled “No Justice Just Adds to the Pain,” where family members of the “disappeared” call on the President to live up to his promises.

HRW said that based on its monitoring of the cases of killings and enforced disappearances under the previous administration of Gloria-Macapagal Arroyo, progress on the cases was made not because of the aggressive action by police and prosecutors but the courage and perseverance of family members to pursue cases.

HRW cited the cases of the 2006 disappearance of UP students Karen Cadapan and Sherlyn Empeno, in which their families’ actions were crucial in bringing two soldiers to trial for kidnapping and illegal detention.

HRW noted that though the trial of the soldiers started in May, they were being held not in civilian custody but in a military camp.

Major General Jovito Palparan, a primary accused in the case, has not been apprehended. HRW said it received information that military and business interests were protecting Palparan.

HRW noted how state security forces and insurgent groups in the country have continued to be implicated in cases of torture, enforced disappearances, and killings of hundreds of journalists, activists, and clergy.

Meanwhile, in its own report, the US Department of State also noted the impunity of rights violations that persisted under the Aquino Administration.

It also cited how the Aquino administration faced more than 20 cases of major human-rights violations, including extrajudicial killings, but investigated and prosecuted only a few of those cases.