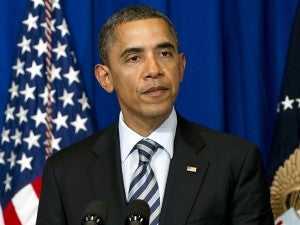 LOS ANGELES—Young Filipinos who have officially joined the TNT or tago nang tago (always in hiding) bandwagon in the United States may now heave a collective sigh of relief.

President Barack Obama issued on Friday (Saturday in Manila) a directive halting the deportation of about 800,000 young immigrants, including thousands of Filipinos, who, as children, were brought to the United States illegally.

“These young people did not make the decision to come to this country, and it is not the American way to punish children for their parents’ actions,” said Assistant Majority Leader Dick Durbin (Democrat-Illinois), Dream Act cosponsor, who praised Obama’s directive. “The Obama administration’s decision to extend temporary legal status to Dream Act students is a historic humanitarian moment.”

Pulitzer-winning journalist Jose Antonio Vargas, an undocumented Filipino immigrant who has led a campaign for the passage of the Dream Act, described the Obama directive as a “big, bold and necessary step in the right direction.”

“This is huge … a momentous and historic event,” said Vargas, who will be featured on the cover of Time Magazine this week for his leading role in the Dream Act advocacy. “This is a big day not just for immigrant rights but for civil rights in America. Every social change movement in the world is led by young people, and Dreamers have led and insisted on this change.”

“They pledge allegiance to our flag. They are Americans in their hearts, in their minds, in every single way but one: on paper,” Obama spoke of those young people in a press conference announcing the policy change.

The directive was lauded by Filipino-American groups pushing for immigrant rights for the one million undocumented Filipinos in the United States.

“It’s an important step in the right direction,” said Arnedo Valera, coexecutive director of Migrant Heritage Commission (MHC), a Washington, D.C.-based nonprofit organization handling nearly 300 immigration cases of young Filipinos and Latinos who may be covered by the Obama directive.

National Federation of Filipino American Associations (Naffaa) also welcomed the policy change, saying it would give young undocumented Filipino immigrants a chance to be part of the country they call home.

“They are valuable assets to a nation that can use their skills and talents for the betterment of American society,” Naffaa said in a statement.

MHC and Naffaa are among many groups lobbying for the passage of the Dream Act, a decade-old bill that will provide a pathway to citizenship for a select group of immigrant students with great potential to contribute more fully to the United States. It was passed in the House of Representatives but failed to get the Senate’s vote in 2010.

The Obama directive will apply to young undocumented immigrants who entered the United States as children, along the same lines as the Dream Act.

Undocumented immigrants who came to the United States under the age of 16 and have lived in the country for at least five years can apply for the relief, as long as they are under the age of 30, according to a Department of Homeland Security (DHS) memo.

They must either be an honorably discharged veteran of the Coast Guard or armed forces or a student who has graduated from high school or passed the General Educational Development testing.

Immigrants will not be eligible if they “pose a threat to national security or public safety,” including having been convicted of a felony, a “significant” misdemeanor or multiple misdemeanors.

The Immigration and Customs Enforcement (ICE), as well as the Customs and Border Protection, was instructed to react immediately by reviewing individual cases and preventing eligible immigrants from being put in removal proceedings. Those already in proceedings could be granted deferred action for two years, and then may apply for renewal. They will be given work authorization on a case-by-case basis.

While lauding the Obama directive, MHC and Naffaa continued to push for the passage of the Dream Act since the directive does not provide a pathway to citizenship for young undocumented immigrants.

“Only the Congress, acting through its legislative authority, can confer these rights,” said the DHS announcement.

“This grant of deferred action is not immunity,” said DHS Secretary Janet Napolitano. “It is not amnesty. It is an exercise of discretion so that these young people are not included in the removal system.”

This policy change is part of a general shift by the Obama administration to focus on deporting high-priority undocumented immigrants, she said.

Durbin has recently presented the story of undocumented Filipino Jose “JB” Librojo in the US Senate to push for the passage of the Dream Act. Librojo, who is Dream Act-eligible, received a deportation order from the ICE late last year. His deportation was deferred after Durbin interceded following online petitions and an e-mail campaign appealing for help for Librojo.

Librojo, a dental assistant, was 15 when he came to the United States and had lived in the country for 16 years.

Durbin said he had called for this policy change, renewing the call last year with the support of 21 senators.

“Because the House has refused to consider the Dream Act and a filibuster blocked it in the Senate, this presidential action was absolutely necessary to serve the cause of justice,” he said. “I’m hopeful that today’s announcement will encourage Congress to meet our responsibility to pass the Dream Act, and show, through the force of law, that our country continues to be a nation of immigrants.”