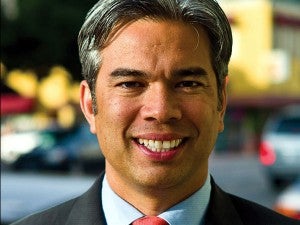 EAST BAY, Bay Area, California—Filipino Americans Rob Bonta and Jennifer Ong scored convincing victories Tuesday in the California primary elections as the two bring the state’s Filipino community closer to having not one, but two, ‘kababayan’ in the California Assembly.

Bonta, a first-term vice mayor of Alameda, handily won the primary in the 18th Assembly District, chalking up 15,245 or 36.84 of the votes to beat three other candidates.

“I always thought it was possible,” said Bonta of his victory, which puts him on the cusp of becoming the first Filipino ever to win a seat in Sacramento.

“We just ran a campaign as hard as we could and let the chips fall as they may,” Bonta told FilAm Star in an exclusive late-night phone interview. “We’re certainly very gratified that the people liked our message.”

Bonta thanked the massive outpouring of support by the Filipino community and other groups, but stressed the victory is just the beginning.

“This is an exciting first step. We’ll have to work hard until November. I’m very grateful to the Filipino community. They have been a great help — from volunteering, to moral support, to fund-raising …. we had a great journey together,” he said.

Bonta said his campaign will continue to push forward the message of “better schools, safer streets, and more prosperous communities” which resonated with the voters.

“We will keep talking, sending out mails and knocking on doors and tell the people what we stand for,” he added.

Bonta thanked his family, friends and various unions and organizations that endorsed and campaigned for him.

Political observers had predicted a tight three-person race between Bonta, Guillen and Joel Young, but the polling turned into a smooth road to victory for Bonta, whose union organizer-parents are both Filipino immigrants to America. 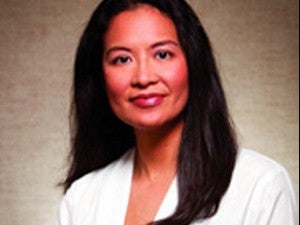 In her phoned-in statement to FilAm Star early Thursday, Ong said, in Tagalog, “The help and support among our kababayan in District 18, which the campaign needed, all fell into place. The entire campaign ….. the volunteers, active supporters, and myself ….. are doubly determined to work even harder and win in November.  That would be immediately giving back to the community that supported me last Tuesday.”

Almonte said Filipinos in the district strongly supported Ong, who was mistaken by some voters as ethnic Chinese.  He added that a gathering of Filipinos last Sunday at the Filipino-owned Tribu Restaurant in Union City, where hors d’oeuvres were served, courtesy of the owner, clarified Ong’s ethnicity.

“It was a very grueling campaign,” Almonte said, “especially in the last three weeks,” adding that the strong final push helped seal Ong’s moving forward in the November ballot.

If elected, Ong, an optometrist and businesswoman, would be the only Filipino American in the state legislature, a distinction Bonta is also chasing in the nearby 18th Assembly District this fall.

Pundits think that in a county where only 21 percent of registered voters showed up to vote, Ong’s public appearances and distribution of free potted plants and mailers containing pot holders got out the vote.

The polls results proved disastrous for Union City Mayor Mark Green (who is married to a Filipina, the former Cora Vicencio), finishing third with 20.86 percent.

Earlier in the day, Green learned the Alameda County Board of Supervisors had excluded him from consideration to replace Nadia Lockyer. Later in the night, his Assembly campaign as an independent fell short of finishing in the top two.