Wife of Aussie kidnap victim desperate for word on husband 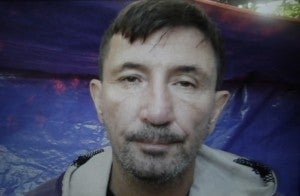 ZAMBOANGA CITY, Philippines—The Filipino wife of kidnapped Australian national Richard Warren Rodwell said she was being left in the dark by the authorities as to the fate of her husband.

Miraflor Gutang-Rodwell said she was desperate to find out what has happened to her husband but nobody was giving her any updates.

“How I wish they will come to me … and inform me what’s really going on with their rescue effort, whatever it is I will be ready to listen and accept so that I can move on,” she told the Inquirer by phone.

Rodwell, a former soldier in the Australian army, was abducted by armed men from his home in Ipil, Zamboanga Sibugay last December 5.

Earlier, the Moro Islamic Liberation Front said it received reports that the 53-year-old Rodwell died in captivity because of complications from the wound he sustained when he was abducted six months ago.

But Al Haq added that the report was still being verified.

Miraflor Rodwell said the last information she received was that abductors had sent a video of her husband to officials. She said she did not have a copy of the video and that she only saw it when it was aired on TV news.

Zamboanga Sibugay police chief Senior Supt. Ruben Cariaga said much as they wanted to give her updates, they have none.

“We don’t have any news to share to her. Besides, the case is no longer under our responsibility. It is now being taken care of by the DIPO (Directorate for Integrated Police Operations),” Cariaga said.

He said the last piece of information they got was that Rodwell had been transferred to Basilan, where the Abu Sayyaf operates.

“We don’t have information about the MILF’s claim that Rodwell is dead, if in case the report is true, definitely the Crisis Management Committee and our office will know about it,” Cariaga said.

Read Next
Remains of 2 other Filipinos killed in Qatar fire back home
EDITORS' PICK
Is your company a growth champion? Stand up and be recognized!
New Year, New Rediscoveries
More than 150 National Guard in Washington for Biden inauguration test positive for coronavirus
PNP’s Covid-19 cases jump to 9,809; 52 new infections logged
Pope Francis to miss events due to new flare up of leg pain—Vatican
Acer Philippines welcomes you to its first flagship store
MOST READ
Why Kris Aquino sleeps with her pearls
Parlade targets universities after fiasco with beauties
DND sees AFP gaffe in UP Red-tagging
Cavite gov’t weighs airport deal termination
Don't miss out on the latest news and information.