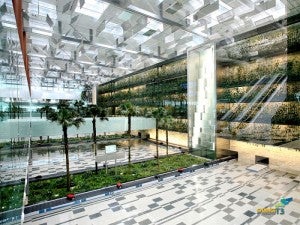 SINGAPORE—Singapore police warned Tuesday that members of a Chinese crime syndicate were believed to be stealing money from the bags of passengers while they slept on flights to and from the country.

Eighteen reports about in-flight thefts have been filed so far this year, up from only one in 2011, said Assistant Commissioner of Police Sam Tee, head of the airport police division.

“Investigations revealed that some of the thieves are suspected to be syndicate members from China working in groups of three to four individuals per flight,” Tee told AFP.

“They would strike during boarding operations, or in-flight when passengers are asleep or when using the toilets.

“Their goal is to steal cash which has been kept by passengers inside their travel or laptop bags stowed in the overhead compartments of the aircraft.”

Tee said the thefts were confined to some carriers on regional flights.

Singapore Airlines declined to reveal the number of thefts on its flights recently but said cabin crew had been advised to remain vigilant.