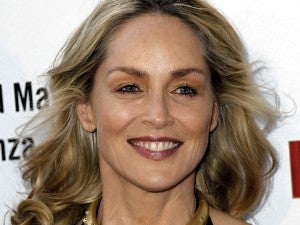 LOS ANGELES, California – Filipino nanny Erlinda Elemen is “very eager” to face her former employer, Hollywood actress Sharon Stone, in court and disprove that she had lied in the claims she made in her lawsuit against the movie star.

“[Elemen] is very eager to put this in front of a jury,” Eric Rose, Elemen’s spokesperson, told this reporter Friday [Saturday in Manila] in response to Stone’s statement calling Elemen “a disgruntled ex-employee who is obviously looking to get money any way she can.”

In her nine-page civil complaint, Elemen said the actress  called Filipinos “stupid” and told her not to speak in front of the children so they would not “talk like her.”

Stone called it “a frivolous lawsuit for absurd claims that are made up and fabricated.”

“I’ve done my homework,” Gresen told the Philippine Daily Inquirer.  “We are prepared to pursue this all the way through trial. We believe the evidence will support Ms Elemen’s claims.”

Elemen also said that she was not only ridiculed because of her background, but for her strong religious beliefs as well. She was allegedly told by the actress that she couldn’t read the Bible in the house.

Elemen, who worked as a live-in nanny to Stone’s children for more than four years, is asking for unpaid wages, damages and penalties.

In the lawsuit filed in Los Angeles County Superior Court, Elemen said she was fired in February 2011 because she refused to give back overtime pay that Stone told her she did not deserve.

Stone reportedly told her that it was only in January 2011 that she learned from her accountant that she was paying Elemen overtime when she worked holidays or traveled to care for her three children, the lawsuit said.

“Defendant Stone, however, accused plaintiff of ‘stealing’ from her by taking the above-described overtime pay, told plaintiff that it was ‘illegal’ for plaintiff to have taken the pay and asked for it back,” the suit said.

Elemen refused to give the overtime pay back, countering that it was mandated by state and federal labor laws, the suit said.