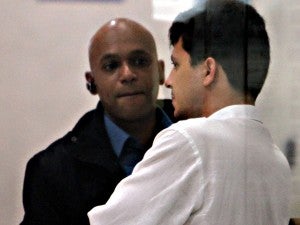 The DFA’s decision came after the department received late Friday afternoon a Note from the Panamanian government saying that it has decided not to waive the immunity of Erick Bairnals Shcks, a member of the administrative and technical staff of the Panamanian Embassy.

The DFA said Saturday that the Note was delivered by Panama Ambassador Roberto Carlos Vallarino.

“In accordance with Article 9 of the Vienna Convention on Diplomatic Relations, Mr. Shcks should be recalled or terminated of his functions by the Panamanian Government. If no action is taken by the Panamanian Government within a reasonable period of time after he was declared as PNG, the Philippine Government will cease to recognize Mr. Shcks as a member of the Embassy and will accordingly be stripped of his immunities,” the DFA said in a statement.

This decision declaring him as PNG was immediately conveyed to the Department of Justice for appropriate action, it added.