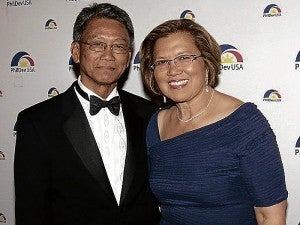 Diosdado and his wife, Maria, are active in nonprofit projects, particularly those that help poor but promising science and engineering students achieve their dreams

“I know how education can transform lives, because it transformed mine.” said Banatao, who  walked barefoot  to school as a young boy in the  small village of Iguig  in the country’s northern Cagayan Valley.

Banatao, whose chip sets and graphic accelerators, among others,  are  now part of almost every personal computer in the world, was one of only two graduates of Iguig’s Malabbac Elementary School to go to high school.

Thanks to OFW father

His father worked abroad—in Guam—for eight years to be able to send Dado, as he was fondly called, and his three siblings to high school and college. 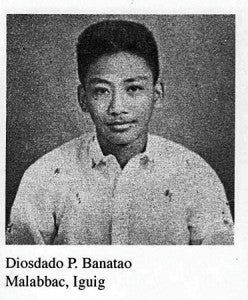 WORLDCLASS Dado, shown in this school photo, was one of only two boys from the small town of Iguig, Cagayan, who made it to high school. Now a US multimillionaire and a recognized leader in the global semiconductor industry

He worked with many corporations before taking off on his own—joining the lead pack that would revolutionize the semiconductor and microcomputer industry.

Many of the components that comprise the modern personal computer (PC) originated from designs he pioneered and companies he founded, built, and later sold to larger firms like Intel.  He is credited with the development of the world’s first single-chip, 16-bit microprocessor-based calculator; the first 10-Mbit Ethernet CMOS media access controller (MAC) and physical layer chip; the first system logic chip set for the PC-XT and the PC-AT; the local bus concept  and the first Windows Graphics accelerator chip for PCs.

“I’d say that at least 30 percent of each computer in the world today has got a Banatao (invention) in it,” said Winston Damarillo, a young Filipino technopreneur who has worked at Intel.  “The technologies he invented, and the companies he founded, make up today’s (indispensable) personal computer.” In other words, Dado Banatao has made the computer lighter, faster, less expensive, more fun and easier to use.

After founding and growing his own companies through the support of venture capitalists, Dado became a venture capitalist himself, currently supporting the work of 28 smaller and promising start-ups. In 2000, he founded Tallwood Venture Capital and is chairman of many emerging companies worldwide.

When Dado has an idea, he forms a company to build it. In the past few years he has been talking about cloud computing and other things well advanced of our age.

Many ideas started in the Banatao kitchen, shares his wife, Maria, an educator and psychologist who also studied in the US, where she and the young Banatao met. 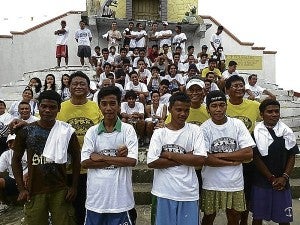 iPADS for RUNNERS The Banataos return to Cagayan Valley annually. Last year, the family hosted a SuperFun Run for the community, and awarded iPads to all the winners. CONTRIBUTED PHOTO

The chip in most personal navigation devices in cars today which locate everything on the planet, was also formed in the Banatao home, she says.

These ideas, Dado is sure, are the products of critical thinking that is formed in school.

Dado and Maria truly believe that education is the key to pull the country out of poverty.

The current chair of the Philippine Development Foundation  (PhilDev), Dado has launched the SuperFund Scholarship for science and engineering. The project was actually the idea of Ed Chua of Shell, he says.

This school year, it is awarding 151 students about P1 million each to fund five years of consecutive study—including  living expenses, a stipend, housing and transportation, mentorship, summer internships and guaranteed employment. Social activities, like annual camps and retreats are also included. Students will be asked to repay the scholarship over time, to make the SuperFund Scholarships self-sustaining, and to instill a value system for the scholars to spread good will, organizers said.

SuperFund partner universities so far include the University 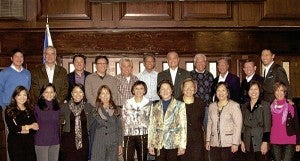 Successful applicants should be incoming college freshmen in one of the partner universities (or possibly an incoming sophomore with a general passing average equivalent to B); should have come from the top ranks of their high school graduating class, should be

pursuing a science or engineering degree, and be a Filipino citizen without a pending immigration application to any foreign country.

The Banataos have other scholarship funds. In Iguig, Cagayan Valley, Dado’s hometown, there is the Salvador and Rosita Banatao Family Foundation, named after Dado’s parents, that supports  parents in sending their children to high school.

Speaking of people who have followed Dado’s footsteps, his sons Rey and Desiare are both involved in science and technology fields. They are encouraged by their father and mother to first pursue education (both sons and a daughter, Tala, have pursued studies beyond college), second, found a business, and finally, find their way home to help the Philippines.

As if his three children, seven grandchildren and growing family aren’t enough, Dado, who turns 66 next month,  also watches over three nonprofit organizations and tends to a magical garden at home.

The family also supports teachers. Every year they grant a professor in Science and Technology a six-month to one-year fellowship at the University of California in Berkeley.

Dado and Maria also have a scholarship fund in the US where they help Filipino Americans in California   pursue  science and engineering degrees. They have been awarding these scholarships through the Asian Pacific Fund for 11 years now.

Of the funds, Dado says, “Maria and I hope that our scholarship grants inspire students to dream big… and to make the sacrifices needed to make their dreams a reality.”

“Our brains are our best assets,” he adds.

The SuperFund Scholarship Requirements and Application Process are available on www.phildev.org.