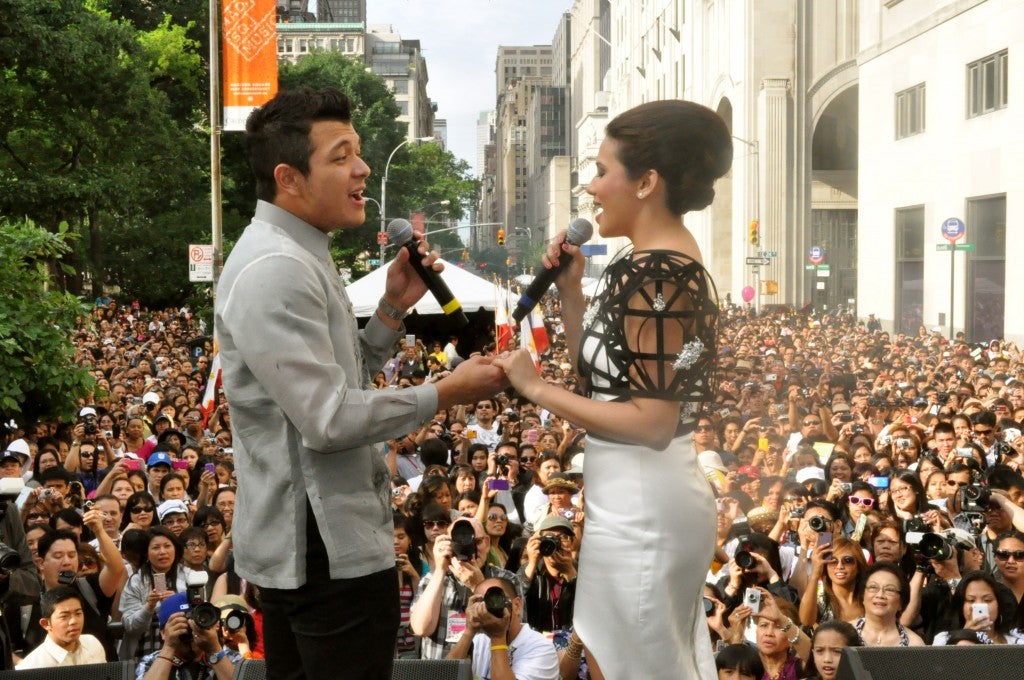 “This year’s turnout is overwhelming, we had to request for additional officers from the NYPD to help us control the crowd,” said festival chair Catherine Uy. 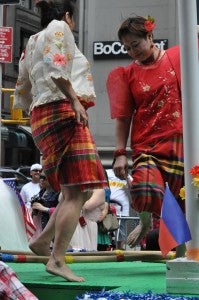 The foot-and-float parade that kicked off the celebration included hundreds of contingents from various civic and religious groups, alumni and nonprofit associations, local government units. Tribu Pan-ay, the award-winning group from the Dinagyang Festival in Iloilo, made a special appearance.

CBS 2 reporter Hazel Sanchez anchored the parade, introducing each contingent. When gaps in between groups took a stall, seasoned entertainer Archie D was on hand to keep the celebratory mood of the
crowd going.

The float that featured Jericho, Karylle and other personalities of ABS-CBN The Filipino Channel, rolled to a halt when hundreds of fans crossed the perimeter fence just so they could take close-up shots of their
favorite celebrities. It took some time for the marshals to clear the streets and prevent any disruption to the celebration.

Consul General Mario de Leon Jr. welcomed the Filipinos – some of them coming all the way from Canada — and later introduced Binay for a brief message. PIDCI President Joji Jalandoni introduced her team and thanked the audience for their lavish support. 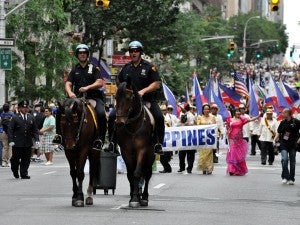 Mounted cops lead the way from 38th Street down to 24th.

The highlights of the program included a soulful rendition of the medley “Isang Dugo Isang Lahi” (Heal the World) by the young voices of Michele Semana, Alyssa Schumaker, Nina Mojares, Jellyn Echon and
Charisse Trinidad. “Isang Dugo” was composed and arranged by Dodgie Simon.

Elton Lugay is a journalist, publicist and community events organizer from Queens.