Kids in Zamboanga island village swim to school no more 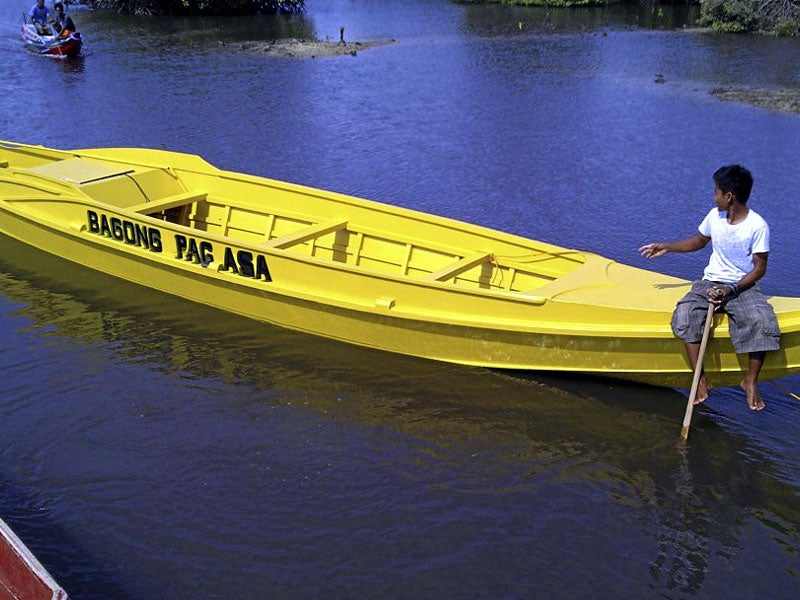 Dozens of dirt-poor children in the mangrove village of Layag-layag will no-longer have to swim, while straining to hold their books above water, to get to school after government employee and blogger Jay Jaboneta learned of their plight and raised money through Facebook to build them at least three boats. AP

MANILA, Philippines—Dozens of dirt-poor children in a mangrove village in Zamboanga City no longer have to swim to school while straining to hold their books above the water.

A blogger who learned how children from Barangay Layag-layag struggled to reach school raised money through Facebook to provide boats to the community in the southern Philippines.

A bright-yellow, donated motorboat carried Layag-layag children to their elementary school off bustling Zamboanga City Monday when the country’s nearly 26 million students returned to school after a two-month break.

The new school year refocuses this poor Southeast Asian nation’s attention to the ills of its educational system—congested classrooms, dilapidated buildings and a huge number of dropouts due to poverty.

But school opened with a piece of good news for the village whose youngsters for years had to swim and wade through about a mile of mostly chest-deep water and cross sandbars to reach school.

Teacher Racquel Bangayan said the children arrived in her class with their clothes dripping wet in the past when they could not hitch a ride on fishing boats. Many often came late but a few excelled in school. 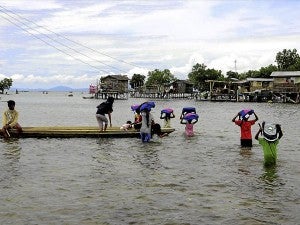 More than 220 families fish and seaweed-farm in Layag-layag, where they resettled starting in the 1980s due to fighting between government troops and Muslim separatist rebels in their towns on nearby Jolo island.

“Some of these children came from families which were too poor to buy even small boats so they have to swim their way to school,” Jaboneta told The Associated Press. “It’s an inspiring story. They saw the school as the only way out of poverty.”

Jaboneta raised enough money for one motorboat, named “New Hope,” which was turned over to community leaders in March. Villagers can use the boat for fishing and seaweed farming but have to set aside money from their profits for gasoline and promise to ferry the children to and from school, charity worker Anton Lim said.

Two more boats were being built, and the charity group overseeing the donations also provided school bags, slippers and blankets to the children.

“The children were jumping with joy holding their new bags and slippers,” Lim said. “They did not appear as excited with the new boat. They’ve been so used being in the water.”