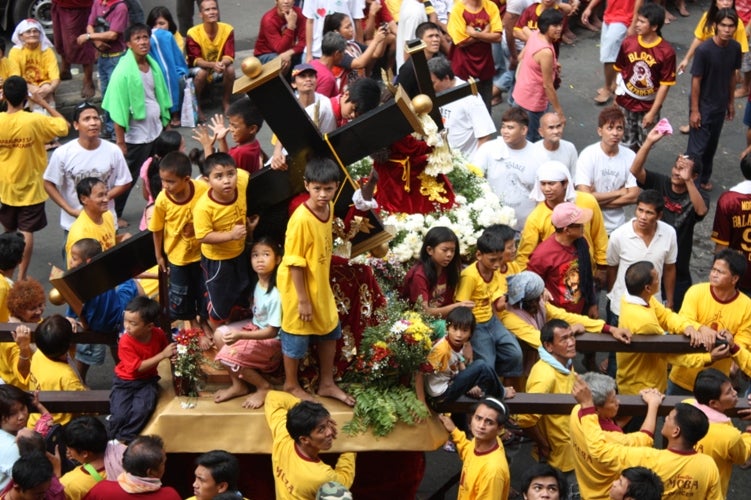 WASHINGTON – The Philippines leads the world in the number of people who believe in God, while the elderly across all countries tend to be the most religious, according to a US study out Wednesday.

Belief in God tends to be strongest in the United States and Catholic countries and lowest in Scandinavia and former Soviet states, according to the survey carried out by the NORC research group at the University of Chicago.

The study was based on data from 30 countries — nearly all with Christian majorities — in which surveys about belief in God have been taken since 1991.

It found that 94 percent of people in the Philippines said they had always believed in God, followed by Chile, with 88 percent, and the United States with 81 percent.

Belief was lowest in the former east Germany (13 percent) and in the Czech Republic (20 percent).

The surveys found atheism was most widespread in Scandinavia and the former Soviet Union — with the exception of Poland — and that belief in God was generally declining worldwide, but not in Russia, Slovenia or Israel.

The report found that senior citizens tend to believe more strongly in God. On average, 43 percent of respondents 68 and older are certain that God exists, compared to just 23 percent of those 27 and younger, the report said.

“Looking at differences among age groups, the largest increases in belief in God most often occur among those 58 years of age and older,” said Tom Smith, who wrote the report, entitled “Belief About God Across Time and Countries.”

“This suggests that belief in God is especially likely to increase among the oldest groups, perhaps in response to the increasing anticipation of mortality,” Smith said.

The surveys, taken in 1991, 1998 and 2008, were mainly carried out in European countries, in addition to Chile, Japan, New Zealand and Australia.