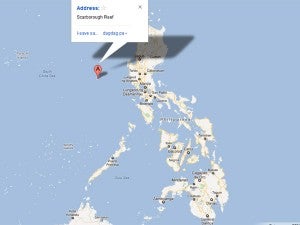 He added that Navy ships were also under reprovisioning, but were ready to support the Coast Guard vessels anytime.

He also described the situation in the area as “stable.”

Philippine Navy Vice Admiral Alexander Pama, on the other hand, said he doesn’t see the need to send back the Philippines’ warship BRP Gregorio del Pilar as it was a law enforcement issue.

“From reports that Coast Guard showed with us, things are not as tense as some people think,” he told reporters after the opening of Balikatan Exercises at Camp Aguinaldo.

“We don’t have a Navy vessel but we remain on standby. No definite plans (to deploy) a Navy ship,” he added.

He also said he believed the Coast Guard could handle the issue.

On Saturday afternoon, China added one more vessel to boost its presence after pulling out all of its ships and leaving behind just one.