Philippines should ask US help on Scarborough standoff 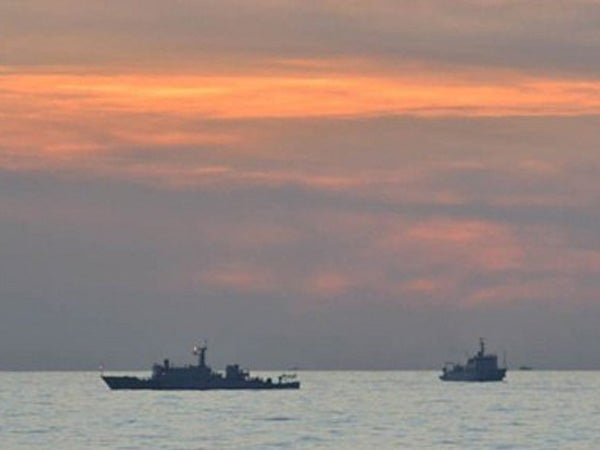 MANILA, Philippines—A senator on Wednesday said the Philippines should seek the help of the United States and other allies if a tense standoff with China in the Scarborough Shoal escalates, saying the country has no military capability to assert its sovereignty.

“This is a wake up call. Now is the time to test our regional alliances. We should now ask the US what we should do now that China is asking us to leave (the disputed waters),” Senator Gregorio Honasan said in an interview over the phone.

“Can we now invoke the Mutual Defense Treaty or other treaties?” the former  colonel said.

“We should now ask the US: What do you suggest we do? Let’s ask the US, do you want us to give this up already para hindi na rin kayo makadaan?” Honasan asked.

Without the support of the US and other allied countries, Honasan said the Philippines should not engage in a military confrontation with China.

“We can’t risk a military confrontation there. We can’t gamble all our or part of our naval assets in one motion. I-exhaust natin itong diplomatic means through our so-called our regional alliances.”

“It’s very difficult to enforce our sovereign will. How do you that against China? Yung US nga nagdadahan-dahan sa China, tayo pa?” Honasan further asked.

The Philippines, he said, has no other option but to seek the help of the US and other allied nations

“Our message is clear but we don’t seem to have a capability to back it up. So all we can do now is buy time, file diplomatic protest, elevate it to the international communities specially our so-called allies,” said the senator.

Unlike Honasan, however, Senator Panfilo Lacson saw no need for the Philippines to seek the help of the US, saying the issue could still be addressed through diplomatic measures.

Lacson said China was only “posturing” when it ordered the Philippines to withdraw its warship in the disputed island.