ASEAN buoyed by Myanmar but worried by sea disputes

Phnom Penh – The aftermath of landmark by-elections in former pariah state Myanmar is set to dominate this week’s summit of Southeast Asian leaders in Cambodia – unless a regional maritime row steals the show. 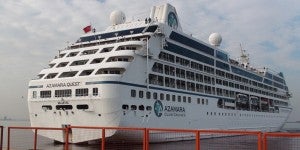 The outcome of Sunday’s vote, in which Nobel Peace Prize winner Aung San Suu Kyi is standing for parliament for the first time, will not be known when the 10-member Association of Southeast Asian Nations (ASEAN) starts its two-day summit in Phnom Penh on Tuesday.

But if international observers, including ASEAN monitors, deem the polls transparent and acceptable, it will boost Myanmar’s democratic reform credentials,  possibly paving the way for an end to Western sanctions – a move ASEAN has long supported.

“It’s a very important step towards Myanmar’s political rehabilitation,” a Southeast Asian diplomat told AFP on condition of anonymity so he could speak more openly.

“But whether the goodwill generated by the reforms will continue depends a lot on the results of the elections – whether they are perceived to be free and fair,” he said.

Myanmar’s poor human rights record and iron-fisted suppression of political dissent have often hijacked ASEAN gatherings in the past, much to the embarrassment of more democratic member-states.

But Myanmar will attend this year’s meeting basking in the glow of recent changes.

Over the past 12 months the country’s quasi-civilian government, led by President Thein Sein, has freed hundreds of political prisoners, eased media restrictions and welcomed the opposition back to the political fold.

At the last ASEAN summit in November, the country was rewarded for its efforts by being promised the bloc’s chairmanship in 2014. Myanmar is eager too to win greater foreign investment with the prospect of sanctions being lifted.

“All ASEAN members will be concerned to assist Myanmar in its present reformist trajectory and see the elimination of sanctions presently imposed by the EU and the United States,” said Carl Thayer, a politics professor at the University of New South Wales in Australia.

Despite Myanmar’s reforms, many diplomats remain cautious and Suu Kyi herself has expressed serious concern about whether the election will prove to be fully free and fair.

China and regional tensions over the South China Sea will also loom large over the summit, thanks in no small part to an eye-catching visit to Phnom Penh by President Hu Jintao on the eve of the meeting.

China is not an ASEAN member, but observers say the timing of the first trip to Cambodia by a Chinese head of state in 12 years was no coincidence.

“China has already succeeded in getting Cambodia to keep the South China Sea off the formal (ASEAN) agenda,” Thayer said.

“But that will not prevent concerned states such as the Philippines from raising maritime security issues.”

China and Taiwan claim all of the potentially resource-rich South China Sea, while ASEAN members the Philippines, Vietnam, Malaysia and Brunei have overlapping claims to parts of it.

To China’s anger, the United States says freedom of navigation in the sea is a matter of its own “national interest”.

The region is a conduit for more than one-third of the world’s seaborne trade and half its traffic in oil and gas, and major petroleum deposits are believed to lie below the seabed.

Manila has been leading a push for ASEAN to form a united front to get China to agree on a “code of conduct” in the sea, where tensions have flared recently with both Vietnam and the Philippines accusing China of aggressive behavior.

But Beijing insists on dealing with the claimants individually.

Noting that ASEAN works by consensus, Thayer said “China’s strategy is to entice one or more members into adopting China-friendly policies and thus prevent an ASEAN united front against China”.

Cambodia, in its second turn as ASEAN host, denied that Hu’s four-day stay was anything other than a friendly visit by a close ally.