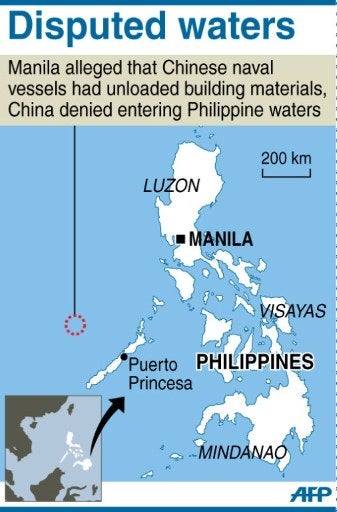 MANILA, Philippines – The Philippines is concerned that China’s alleged incursions into Manila’s territorial waters are escalating as the two nations stake their claims to the oil riches of the South China Sea.

President Benigno Aquino III said Manila had documented up to seven incidents involving the two sides in less than four months, including one in which a Chinese vessel allegedly opened fire on Filipino fishermen.

“There are six or seven [incursions] happening after February 25,” he told reporters late Thursday.

He said details would be presented to China and the United Nations.

Manila says the incidents happened in an area of the South China Sea just outside the Spratlys, a reputedly oil-rich island chain claimed in whole or in part by Brunei, China, Malaysia, the Philippines, Taiwan and Vietnam.

The Philippine foreign department said Wednesday it had lodged two protests with the Chinese embassy in the past week over two separate issues.

In the first, Manila alleged Chinese naval vessels had unloaded building materials and installed a number of posts and a buoy near two areas claimed by the Philippines.

It also queried Beijing over state media reports of plans to station an oil rig in the area.

The Chinese embassy denied its forces had entered Philippine territory.

A Philippine foreign department official said the most serious of the recent incidents occurred on February 25 around 120 nautical miles from the west coast of the major Filipino island of Palawan.

“Filipino fishermen reported that they were fired upon,” said the official, who asked not to be named.

The official said there were no casualties in the alleged incident.

“In the last four months there has been a pattern that was noticed,” the foreign department official said.

“The logical speculation is that there has been an increase in terms of [Chinese] presence and activities and some of the qualities of those activities suggest that it’s not just the passage of ships.”

Since then the Philippines had lodged a protest with the United Nations over China’s claims to the Spratlys and their adjacent waters.

Manila also announced it would provide security to Philippine government-sanctioned oil exploration activities in the area and to grant more exploration contracts there.

The alleged incidents occurred just before a visit to Manila by Chinese Defence Minister Liang Guanglie last week, when he and his Filipino counterpart pledged to avoid “unilateral actions” that could inflame tensions in the area.