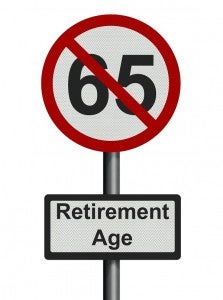 MANILA, Philippines – Retirement is a new beginning. At that point in our lives, we stand at the threshold of a new phase-we may even consider it as the prime of our lives: we are free from the headstrong passions and exuberant inexperience of youth. Whereas young people struggle to find a direction in life, facing uncertainty and confusion along the way, retirees can look back on a life of achievement, well-spent on career, family and friends. Retirement then, is both a reward and a discovery: what comes next is whatever retirees wish to accomplish in a new start on life, filled once again with possibility.

Part of that new beginning is finding a place to start over. With a retiree’s newfound freedom also come new challenges. It’s only natural to wish for a peaceful place, perhaps one that is close to natural beauty that affords an escape from the hurly-burly of the city life.

Then, one has to consider living expenses. How does one maximize the benefits of one’s pension and savings? A place with excellent healthcare is a must. What about modern conveniences like the Internet and other communications tools? If one is eyeing a retirement haven overseas, then choosing a place where the locals are conversant in English is an obvious choice.

It so happens that the Philippines has all these and more, and the Philippine Retirement Authority or PRA is gladly fulfilling its mandate to be a “second family” to all retirees who choose the Philippines as their new home.  “Of course, we welcome all Filipinos who have been living overseas to return to their homeland. There’s nothing like spending the prime of your life among your own people. Our customs and traditions, our food, our beautiful nature spots, even our religious faith-these are things that our balikbayans miss and many of them look forward to coming back.

“Non-Filipinos are welcome to stay in the Philippines as well. We Filipinos are among the friendliest and happiest people on Earth. We treat our guests like good friends.  We are fluent in English. Culturally, we are a blend of East and West, and our historical contacts with other races and other nations make us used to having people of other races in our shores,” said PRA General Manager Veredigno Atienza.

Atienza said that among all the attributes of the Philippines that make it an ideal place to retire in, it’s really the Filipinos themselves that are the biggest advantage. “Retirement is a time when we want to enjoy the fruits of our labors. Some retirees also wish to start new ventures, new hobbies; they want to pursue their passions and enjoy life to the full. Being with Filipinos makes those plans easier and more fun to fulfill,” he said.

Besides all the advantages of the Philippines as a retirement destination, PRA GM Atienza emphasized that the excellent services and assistance provided by the PRA to retirees is a huge plus. “When retirees come here, they are respected and valued guests. Soon enough, they feel part of the growing PRA family. The PRA is mandated by its charter and by law to assist all retirees in any way possible. Whenever a retiree has needs, from securing government documentation to availing of healthcare, to assistance in financial and business matters, the PRA is ready to serve them. We even have a 24/7 hotline number that retirees can call up for assistance,” said Atienza. 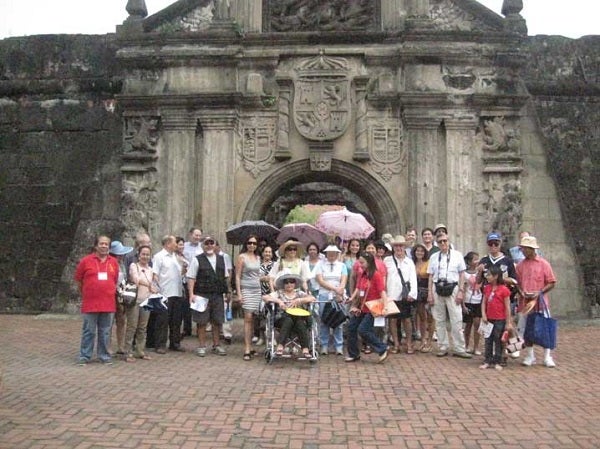 PRA Retiree-members were treated to a “Lakbay-Saya” activity -- an educational tour of the Walled-City of Intramuros, Manila.

Foreigners and overseas Filipinos who retire in the Philippines are considered special residents of the country. They are accorded multiple-entry privileges, plus the right to stay permanently/indefinitely in the Philippines, thru the issuance of the Special Resident Retiree’s Visa (SSRV) by the Bureau of immigration. The SSRV facilitates convenient and quick entry and exit from the Philippines, whenever a retiree travels overseas and back.

Filipinos who have taken residency overseas as well as foreign nationals (except those from countries without diplomatic relations with the Philippines and nationals classified as restricted by the Department of Foreign Affairs) of retirement age are eligible for the SSRV.

There are certain conditions that apply to overseas Filipinos who wish to retire in the Philippines.  They must be immigrants or under a visa category allowing them legal stay abroad and have resided therein continuously for at least seven (7) years (prior to their application for enrolment in the Philippine Retirement Authority Retirement Program). They should not have stayed a maximum total of sixty (60) days in a year in the Philippines.

According to Atienza, there are more than 26,000 retirees enrolled in the Retirement Program of the PRA, with a net total of more than 18,000 as of March 2012. He also revealed that most of these retirees have chosen to stay in the following places: Cebu, Angeles (Clark), Olongapo (Subic), Baguio, Davao City, and Metro Manila. In order to better serve these retirees, the PRA has set up offices in these areas, with its main office in Metro Manila.

Profile of Retirees in the Philippines

Retirees from all over the world, including those from Western and Eastern European nations, Southeast Asia, Latin America and the Middle East, have chosen the Philippines as their retirement haven. As of March 7, 2012, there are 106 nationalities included in the roster of retirees enrolled with the PRA.  These include former Filipinos.

The Top 10 nationalities of retirees in the Philippines are:

Indeed, PRA is taking bold practical steps to make retirement migration a significant sector of the Philippine economy. With all these perks, Atienza said, the PRA is confident that more retirees will be looking at the Philippines as their ideal second home.

Retirees are granted the benefits and privileges once they are enrolled in the Retirement Program of the PRA.

For more details on the process involved in registration and enrolment into the Philippine Retirement Authority Retirement Program, please go to www.pra.gov.ph.