No jobs for Filipinos in Czech Republic

MANILA, Philippines—Bad news from visiting Czech Republic Foreign Minister Karel Schwarzenberg. There is “little chance” for the hiring of more overseas Filipino workers (OFWs) in the European country, which currently totals only 350. 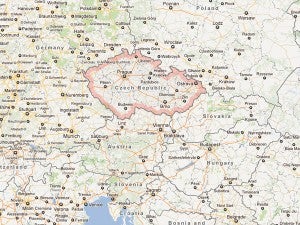 Citing the “economic crisis in Europe,” Schwarzenberg, also Prague’s first deputy prime minister, on Tuesday told a joint news conference at a Makati City hotel with Foreign Secretary Albert del Rosario that “for the moment, I don’t see any chance” of increasing the number of OFWs in his country.

“If the economic situation in Europe improves in two to three years, then the job chances could be better,” he told diplomatic reporters.

For his part, Del Rosario disclosed that during his meeting with Schwarzenberg, “we explored the possibility of opening opportunities for skilled Filipino workers in the Czech Republic.”

“We also expressed our desire to enhance our cooperation to help protect our nationals,” he said.

Most of the 350 OFWs based in the Czech Republic are “in the information technology business … The rest are skilled workers,” according to Raul Hernandez, the Department of Foreign Affairs spokesperson.

In a statement, Del Rosario said he and his Czech counterpart “agreed to work hand in hand in promoting human rights, global peace and stability, environmental protection and in the fight against poverty.”

“Our meeting today was held in a very open and cordial atmosphere reflecting the healthy state and our dynamic partnership and the hopes of an even brighter future for Philippine-Czech relations,” he also said.

They also “exchanged views on a number of regional and multilateral issues, including the latest developments in Myanmar, the West Philippine Sea (South China Sea) and the situation in the Middle East.”

The Philippines “welcomes the new foreign policy concept of the Czech Republic, which enunciates its desire to expand economic relations with Asian countries where it has traditional ties,” according to Del Rosario.

Manila “looks at it as an enabling platform for our respective governments to encourage the participation of the private sector to expand trade and investment,” he said.

The Czech Republic is the country’s 24th largest export market and the 8th biggest in Europe with bilateral trade amounting to $300 million.

Del Rosario, however, said “this is well below the potential of both countries.”