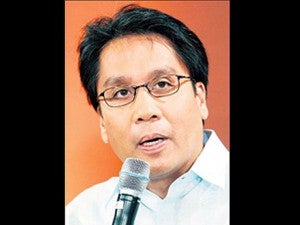 More than three years after it was partially opened to the public, the Ninoy Aquino International Airport (Naia) Terminal 3 should be well on its way to being completed and used to its full potential.

Transportation Secretary Manuel Roxas II on Monday announced the signing of a deal between the government and Japanese industrial giant Takenaka Corp. for the completion of the work still needed at Naia 3.

The signing of a memorandum of understanding (MOU) in Tokyo is considered the first legal step to making Naia 3 100-percent operational.

“We would like to thank Takenaka Corp. for both being thorough and sincere in negotiating with us,” said Roxas.

“It was with their cooperation that this deal was signed in record time,” he added.

Takenaka was the original contractor for Naia 3. Its work at the facility was never finished because the airport was expropriated after the concessionaire, Philippine International Air Terminals Co. (Piatco), was declared to be a dummy firm for its partner Fraport AG from Germany.

Roxas said the signing of the MOU signified an agreement between the government and Takenaka on the price at which the remaining work at Naia would be completed.

About 23 different areas of construction still need to be completed at Naia 3, including its baggage handling, fire alarm, flight information and closed circuit television systems.

Because these systems were not installed, Naia 3 is currently running at half of its capacity.

Once completed, the 182,500-square-meter terminal would be able to serve up to 33,000 passengers daily at peak or 6,000 passengers per hour. It would have 34 air bridges and 20 contact gates which would allow it to service 28 planes simultaneously.

Some of the operations at Terminal 1 would be transferred to Terminal 3 once the 23 systems are delivered. This would decongest the three-decade-old Terminal 1 and make it more passenger-friendly. This would hopefully erase the worst airport in the world tag the terminal has earned from travellers.