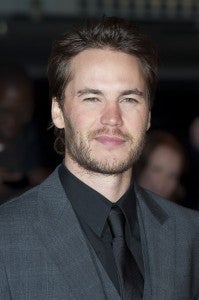 Customs Commissioner Ruffy Biazon on Wednesday said he asked the “Late Show with David Letterman,” a US weeknight comedy and talk show, to issue a clarification over an erroneous account by one of its guests, actor Taylor Kitsch, that he suffered inconvenience at the hands of a Philippine customs officer last month.

“The mistake is of serious concern to us because it had negative effects not only on the image of our Bureau of Customs but the Philippines as a country as well. At a time when we are struggling to reform the bureau and restore the public confidence in our agency, and that the Philippine government is conducting a campaign to attract tourists, it certainly sets us back when a popular US television show such as yours gives information that puts us in a bad light,” Biazon said in a March 5 letter to Letterman.

“What adds salt to the wound is that the incident did not even happen in our country since the person making the allegations did not even visit the Philippines. It is for this reason that we are expecting a correction of the error committed during the interview,” he added.

The Canadian-born actor, known for his role Gambit in the film “X-Men Origins: Wolverine,” told David Letterman in an episode that aired March 1 in the United States that the Philippine customs officer refused to admit him because his passport had no more space to put a stamp on. Kitsch said he had to prove he was an actor and even offered his iPhone as bribe to the officer.

The incident turned out to have taken place at the Bali airport in Indonesia, where Kitsch was shooting the Oliver Stone film “Savages.”

Biazon said that while some may regard the incident as a minor matter, he said that “for a country such as ours, it has a major impact on governance, tourism and national pride.”

A correction from the show “will surely reap the appreciation of the Filipinos living not just in the motherland but in the United States as well, where they comprise a significant number of the immigrant population,” the commissioner added.

Biazon told reporters Wednesday that Indonesia authorities have confirmed that Kitsch’s experience took place in Bali and that the customs officer responsible was being investigated.

“It affirmed our conclusion that it did not happen here because we have no record of his entering the country and that our customs officers never handle immigration matters such as passport stamping,” he said.

Asked if he expected an apology from Letterman, Biazon said he is merely asking a clarification for the error that was committed during the interview.

Several upset lawmakers have called on Kitsch to apologize while Palace officials invited the actor to visit the Philippines and experience how “fun” it is to be here.