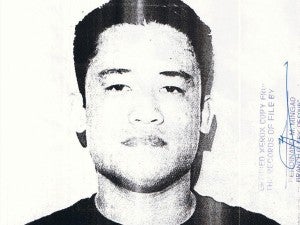 HAYWARD, Bay Area, California—A Christian pastor denied knowledge of his Filipino-American nephew, who is wanted for murder in the Philippines.

Standing pat on his earlier pronouncements, Pastor Joseph Tel Maling categorically denied to FilAm Star any previous knowledge of his nephew, Ezra Dave Maling, having been named lone suspect in the murder of Rebedy Graceda in Cainta, Rizal in 2003.

He said he knew nothing about the life of Ezra before he came to the United States and joined his former ministry, Bay International Church (BIC), insisting as well he didn’t know his whereabouts.

“I want to know the truth as well about Ezra,” Pastor Maling said to FilAm Star. “Since he left the BIC in 2010, even as news about his pending case in the Philippines did not surface until just recently, he never contacted me. His cell phone number that I have of him is no longer in service.”

Last week, Balitang America reported that a certain Glenda, whom Ezra has since introduced as his wife, stood by her husband’s innocence, stressing that the person in the newspaper report was just Ezra’s namesake and that he had not been involved in any crime in the Philippines.

During the interview at her home in Fremont, Glenda told Balitang America she and Ezra had been living separately for some time already.  She denied any knowledge of Ezra’s current whereabouts.

Victim Graceda, then Ezra’s live-in partner in the Philippines, was reportedly found dead by her daughter, Alexandra Pauline, in their home in Vista Verde Country Homes in Cainta on March 17, 2003, with a leather belt tightly wrapped around her neck and a pillow over her face.

Ezra Maling was suspected to have killed the victim after he allegedly learned that Graceda was reuniting with husband Ganthel Vergara. A warrant was said to be issued by Cainta Municipal Trial Court Judge Teresito Andoy for Ezra’s arrest.

Members of BIC in Hayward have petitioned, through a letter sent to the Department of Homeland Security in May 2011, to have the immigrant status of Ezra, a Fremont resident on record, revoked, and to have him extradited to the Philippines so he may face the charges.

Church membership also wants his coddlers to be held accountable, if proven they intentionally protected him and concealed his true identity.

Pastor Maling said “he greatly grieved because of the pain Ezra has caused him” from the time he heeded the advice of his then co-pastor, Valentino Reyes, to ‘google’ Ezra and read the Manila newspaper reports about the gruesome crime.

The elder Maling also said he was with Pastor Reyes when the latter confronted Glenda about the internet search results.  He remembers Glenda even threatening to sue Philippine Star for character assassination as soon as she got the opportunity to visit the Philippines.

The conclusion that Ezra Dave Maling and the murder suspect are one became very strong when Pastor Reyes’ daughter was able to touch base with Vergara, the victim’s husband, through the social network, Facebook.

“One email message led to another, with Ganthel confirming that it was his wife indeed who was the victim and that she was living with Ezra at the time of her death,” Reyes said. “Ganthel then transmitted to us copies of official Philippine police and court documents including the latest summons for Ezra’s court appearance, dated February 2011.”

Ganthel was in the Bay Area recently on a business trip from Oregon, and he met with Reyes and other church members on the possible early resolution of his deceased wife’s case. He maintains he is not fighting for justice for his wife alone, but also for their only daughter.

Pastor Maling also made it clear to FilAm Star that he left BIC not necessarily to stop the exodus of church members or dividing the church further on account of his nephew’s case.

“The true reasons I left BIC were first, BIC can no longer afford to pay two pastors because of the dwindling number of members; and second, all of the members I brought from my former church had already left,” he said.

Maling also said he is starting a new church in Dublin and will try his best to move forward and put everything about Ezra behind him.