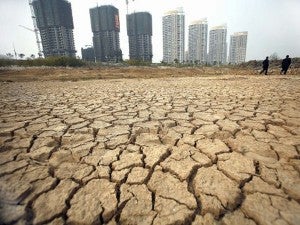 VANCOUVER, Canada—A stark theme emerged from an annual scientific get-together in Vancouver: The world must be helped to believe in science again or it could be too late to save our planet.

Science is “under siege,” top academics and educators were warned repeatedly at the meeting of American Association for the Advancement of Science (AAAS) as they were urged to better communicate their work to the public.

Scientific solutions are needed to solve global crises—from food and water shortages to environmental destruction—“but the public now does not understand science,” James Hansen, a  leading US climate change expert and Nasa scientist, told the meeting.

“We have a planetary emergency, and very few people recognize that,” Hansen added.

The theme of the five-day meeting, attended by some 8,000 scientists from 50 countries, was “Flattening the world: Building a global knowledge society.”

“It’s about persuading people to believe in science, at a time when disturbing numbers don’t,” said Andrew Petter, the cochair of the meeting and president of Simon Fraser University in this western Canadian city.

Experts wrangled with thorny issues such as censorship, opposition from religious groups in the United States to teaching evolution and climate change, and generally poor education standards.

“We have to plan for a future, considering the risk of climate change, with 9 to 10 billion people,” said Hans Rosling, a Swedish public health expert famous for combating scientific ignorance with catchy YouTube videos.

Rosling, pointing to charts showing how human populations changed with technology and how without science the majority of a family’s children die, said it was naive to think that humanity could easily go backward in history.

“Belief systems, especially when tinged with fear, are not easily dispersed with facts,” she said, noting that in the United States, “fewer people ‘believe’ in climate change each year.”

Her remarks held particular resonance for the scientific community, coming as US President Barack Obama faces a fierce attack from a potential Republican challenger for the allegedly “phony theology” behind his environmental policy.

“I refer to global warming as not climate science, but political science,” Christian conservative Rick Santorum, who is soaring ahead in the Republican race to take on Obama in November, said at a campaign stop on Monday in Ohio.

Skepticism and denial of climate change still run strong in the United States, with polls showing a nation divided on the threat posed by global warming.

During the AAAS meeting, there was a new development abroad in the controversy over whether research by American and Dutch scientists on a mutant form of the bird flu virus—which is potentially capable of spreading in humans—should be made public.

Bird flu experts at the World Health Organization meeting in Geneva last week agreed that the controversial research should be made public at some time in the future after more risk analysis is done.

In the meantime, a moratorium on further studies has been extended.

Last year, American authorities asked scientists not to publish details of their research for fear the information could fall into the wrong hands and unleash a lethal flu pandemic.

“I would not be in favor of stopping the science,” Fedoroff said in Vancouver. “The more we know about something, the better prepared we are to deal with unexpected outcomes.” AFP

Read Next
DFA mum on repatriation of Iggy Arroyo remains
EDITORS' PICK
Omicron variant detected in more countries as scientists race to find answers
Gov’t plans to open COVID-19 vaccination for 5- to 11-yr-olds by January 2022
A delightful blessing!
Villar Group gears up for AllValue Shopping Party on Dec. 3; around P 1-million promos and discounts up for grabs
Legarda: Ending Violence Against Women, a cause for all
Gov’t eyeing COVID-19 vaccine booster for essential workers, indigents by Dec. 10
MOST READ
Quiboloy warns of ‘much worse than Omicron virus’ if his ‘persecution’ is not stopped
Marcoleta defends pol ads on ABS-CBN
MMDA: Number coding during afternoon rush hours back this week
PH updates ‘red list,’ travel ban imposed on 7 more countries
Don't miss out on the latest news and information.