Davos: Still not many willing to listen to the world’s poor 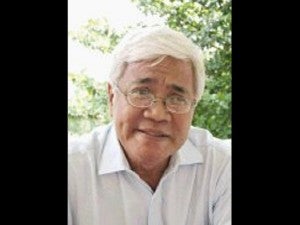 (Editor’s Note: The author is founder of Gawad Kalinga. He attended this year’s edition of the World Economic Forum, the world’s foremost gathering of business and political leaders, from Jan. 22 to 29 in Davos, Switzerland.)

Davos 2012 was a contrast of many worlds that the World Economic Forum (WEF) was valiantly trying to bridge.

I was there hoping to be an active contributor on behalf of the poor but I ended up mostly as a spectator to superpowers who were groping for clues on how to keep poverty out of their door.

As a newcomer to the forum, it was wise to simply listen and learn from the successes and failures of those who developed ahead of us. I was there with a clear agenda: to promote the best interest of the poor and help address poverty wherever they exist.

Understandably, it was a Eurocentric event. From Merkel to Lagarde to Cameron, many were trying to sort out the debt mess—overborrowing, overspending, lack of growth, rising unemployment—and finding ways to respond to the immediate threat of a currency collapse. Those of us from the East kept quiet as European experts battled with Americans, but we were eager listeners nevertheless since we are all enmeshed in this mess. Besides, lasting solutions to the problems of the West perhaps could also be found in our expanding markets. As part of the WEF family, we are all in this together, “committed to improving the state of the world.”

From my observation, not many were ready yet to listen to the poor. Conversations were mostly top-down, when what was needed in the gloomy mood of debt woes and recession blues were more hopeful voices from the ground.

This was the ironic spectacle in Davos—rich countries are depressed, while hope is rising in the Third World where many no longer want to stay at the bottom after languishing there for generations. The brain often forgets that the heart is more intelligent, passionate and resilient. And those at rock bottom have hearts that can change their lot when the moment is right.

For Asia, the moment is right.

While entitlement is often the comfort zone of those who have lost the power of imagination, aspiration is the driver of innovation, invention and creation, and there’s plenty of it in the rising poor and the restless young who are now connected to a much bigger world of dreams and possibilities via social media and mobile phones.

The vital role of the social entrepreneur in society is to be a hope-builder.

Lesson 2: The young own the future

Old capital traditionally sees the young simply as market, not definers and navigators of their more complex future. But game-changers are mostly young. Those who brightened Davos were the tech pioneers who were like rock stars to many admirers though they conducted themselves rather ordinarily. Unconsciously, I was a fan too, of the power of their genius and the possibilities of their innovation to create new paths to goodness. I guess at 62 I still wanted to move like (Mick) Jagger—who was there—never wanting to lose the energy that renews life and makes it meaningful. The older I get the more I want to work with the young who teach me how to dare.

I spent most of my off-sessions with the Young Global Shapers who warmed my heart with their hot ideas and can-do spirit in the cold and snow of the Swiss Alps. I was particularly energized by the brilliance of the Philippine team of social innovators—Bam Aquino, Carmela Alvarez, Anna Oposa and Lynn Pinugu—who gave credence to the recent forecasts that the Philippines will be the 16th biggest( by HSBC, or conservatively, at 17th, by Goldman Sachs) global economy by 2050.

I enjoyed the session of Bill Gates with Mexico’s President Felipe Calderón but it would be exciting in the future to see him moderate the most innovative young global shapers from each continent to guide them about business growing a heart early.

They will listen to those who made huge money and gave it away for the sake of a better humanity like Gates and (Warren) Buffett.

They must invest more in social entrepreneurs in scaling and sustaining good works as a baseline for sound business practices.

Davos is still the world’s best platform for convergence and conversation among a multitude of vested interests. What I felt it needed was more transcendence and audacity on the part of those with the biggest global stakes. Perhaps it is still early in the game for the North to see the South as partners in creating equitable market sustainability and a better humanity, but there’s no other or better way. Of course the desire to do good is there and growing; there were many corporate leaders present who believe that helping people out of poverty is good for the heart, the pocket and the planet. Shared value creation was core in most sessions.

Nestlé boss and old friend Nandu Nankashore was there. In a passing conversation, we agreed to check the possibility of working together to make the Philippines a net exporter of coffee by 2020 since it grows the best beans in Asia, and the nearly 100 million local market prefers coffee to tea and we appreciate it grown in our country to benefit our farmers and producers.

Philips Electronics Benelux CEO Dr. Harry Hendriks wants the Asian country heads of his company at the Bangkok WEF in May to have their ears on the ground and listen more to social entrepreneurs who will shape the mood of the market in the coming decade. It is inevitable that the new generation of consumers will demand more ethical products and profit that will create a more caring environment.

I was unable to reach Shell CEO Peter Voser to personally thank him for six years of productive partnership in creating sustainable communities for victims of calamities and conflicts in our vulnerable areas and for their support in helping us build the first of 24 GK Village Universities for social innovations in the Philippines.

Visionary leaders invest in our dream to end poverty for 5 million families in our country by 2024, not just see our cause as another CSR project.

It’s simply about giving the best to the least as an act of shared humanity and wise business sense.

In a constellation of big stars, Muhammad Yunus shone brightest among social entrepreneurs because he succeeded in his big idea for small people with massive replicability and financial sustainability. In the two conversations I had with him, he was peacefully listening. Great men know how to listen.

Lesson 4: Big power is with the small people

It was difficult to keep my mind from wandering as German Chancellor Angela Merkel was talking about tough times in Europe at the opening session on Jan. 25. My spirit was with my President, Benigno S. Aquino III, who was building hope in Mindanao with our Gawad Kalinga volunteers—concretely, 10,000 homes for 50,000 flood victims—using start-up funds in the biggest single CSR in the country from food conglomerate San Miguel Corp.

It was a contrast in irony.

I was cold in plush Davos, listening to a global power talk about depression, while my President at home was hot in the sun, with the poor showing them the face of hope after a tragedy. I guess my President’s energy was buoyed by the recent survey that 95 percent of the population had hope for 2012 and 83 percent approved of his effort to rid our institutions of corruption, including the Supreme Court.

Our government now strongly supports social entrepreneurs because they are a credible and effective bridge to the poor to help them become un-poor. In our upside-down view of development, bottom-of-the-pyramid wealth creation is the best economic platform for enlightened capitalism where no one is left behind. This is true people power in the Philippines. This is our path to progress.

Lesson 5: Asia is not only China

There’s also “incredible India,” “truly Asia Malaysia,” and many others. “It’s more fun in the Philippines” now saving the seas and serving the poor in this open season for social tourism.

These travel slogans not only reflect self-promotion but a regional aspiration to build nations. Solidarity and harmony can be achieved with shared aspirations without a superpower mentality.

Today, I’m home in Manila with my little cappuccinos (the daddy of three of my seven grandchildren is from England who built his social enterprise in the Philippines), happy to see them healthy and safe. Tomorrow, I will be with the daddies of their playmates to build the irrigation system of their farm village which is now home to former flood victims and rebels.

Davos is about them.

(This article first appeared in Huffington Post on Feb. 16.)