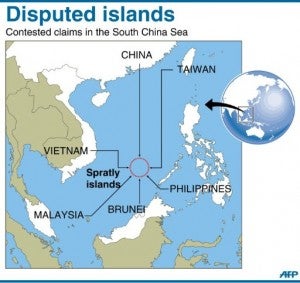 HANOI—Vietnam has accused Beijing of “violating” its marine sovereignty and worsening a row over disputed areas of the South China Sea after Chinese ships damaged a PetroVietnam exploration boat, state media said.

The Vietnamese Foreign Ministry called on China to prevent any further incidents within what it described as its exclusive economic zone and provide compensation, Vietnam News Agency reported on Friday.

A complaint to the Chinese embassy in Hanoi said the incident “seriously violated Vietnam’s sovereignty” and a 1982 United Nations convention on the law of the sea.

It also “went against the spirit” of a 2002 agreement between China and the Association of Southeast Asian Nations (Asean).

Beijing and Hanoi have a long-standing dispute in the South China Sea over the sovereignty of the Paracel archipelago and the more southerly Spratlys, both potentially resource-rich rocky outcrops that straddle strategic shipping lanes.

The area where the latest incident allegedly occurred is between the two island chains.

Vietnam has reported numerous cases of fishing boats and equipment being seized by China in disputed areas since 2009.

The Philippines, Brunei, Malaysia and Taiwan also claim all or part of the Spratlys.

President Benigno Aquino recently warned that further incidents around the archipelago could potentially spark an arms race, forcing the country to bolster its military.

In March, Manila complained that Chinese patrol boats had harassed a Philippine oil exploration vessel in disputed waters near the Spratlys.

It subsequently filed a formal protest at the United Nations over China’s claims to the Spratly islands and adjacent South China Sea waters.