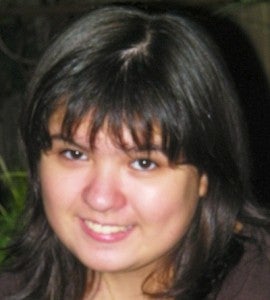 Why Creative Writing? A common question I have been asked as I get busy with college applications.

Here’s my thinking. Our body is made up mostly of oxygen, carbon, hydrogen, etc., and when we die, our bodies will decompose and become worm-food. I want something, SOMETHING I can leave behind that says who I was and what I cared about… and share the knowledge I have gained in life with the next generations.

I believe that written works can be very powerful — the author’s thoughts and feelings, even if he has been buried hundreds of years in the past, can continue to effect change, shape the present world, and set new things in motion.

I look forward to learning from the best educations in the field as I pursue a career that will advance my passion for written works. I want, primarily, to be an author of fiction books and continue to expand my opportunities to write newspaper columns. My first published article was at age 9, when the then editor of the Daily Advocate Newspaper in Greenville, Ohio, Mr. Bob Robinson approached me for an article. He wanted a youth’s perspective on Independence Day. My article became the lead story, top half of the front page of the newspaper’s “Special Independence Day Edition” in 2003. I never stopped writing since then.

While I am interested to test my skills in various genres such as producing a movie script, psychology and history books, I must profess my love for fiction. Why creative fiction writer? What is it about the world of make-believe that draws me closer to it than becoming a journalist or biographer?

I believe that it is very hard to be impartial in writing. There have been many books written about Christopher Columbus. Some paint him as a hero, the explorer that opened the door to American democracy, yet to others he was just another misguided idiot, who spent his dying days still believing he had found a western route to the Indies. There’s probably some truth to all those claims. The crew of the Nina, Pinta, and Santa Maria all had flaws, just like the people sitting in comfy chairs centuries later who felt they had the right to write about them. There is none of that confusion in fiction. The author is “god” of his own universe and is therefore able to speak basic human truth, disguised as fantasy. Orson Scott Card said it best: “I think that most of us, anyway, read these stories that we know are not ‘true’ because we’re hungry for another kind of truth: the mythic truth about human nature in general, the particular truth about those life-communities that define our own identity, and the most specific truth of all: our own self-story….”. And if my dream becomes reality, I hope to unveil my first fictional novel, “The Problem with the Prophecy” hopefully as I head to college in 2012.