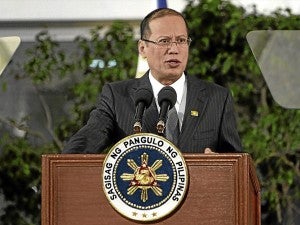 A New York-based human rights group on Monday scored President Benigno Aquino III for his failure to stem rampant violations of human rights in the country as he had promised and challenged him to show his resolve by arresting a ranking retired military officer accused of kidnapping student activists.

In its World Report 2012, Human Rights Watch (HRW) said the Aquino administration had made little progress in addressing impunity, with extrajudicial killings still taking place after a year and a half in office.

“The administration…has not fulfilled its promise of reform and made little progress in ending impunity for abuses by state security forces,” even after a year and a half in office, the HRW said.

The HRW said the government also failed to acknowledge the involvement of security forces in those crimes. It said the government should these forces accountable for their role in the killings, and should dismantle abusive paramilitary forces, as well.

At the same time, the group called on the administration to arrest retired Army Major General Jovito Palparan, who stands accused of kidnapping University of the Philippines student activists Sherlyn Cadapan and Karen Empeño in 2006. Palparan is the highest-ranking military officer to be charged with human rights abuses since the ouster of the dictator Ferdinand Marcos in 1986.

“The arrest and prosecution of Palparan would be the most significant move against impunity for military abuses in the last decade,” HRW Deputy Asia Director Elaine Pearson said in a separate statement.

Reacting to the HRW report, the military yesterday defended the Aquino administration’s human rights record, saying that abuses committed by security forces were now being investigated and punished.

“We have looked into them (abuses). We took action against our troops who were found to have violated laws,” Tutaan told Agence France-Presse.

The military was working with the Commission on Human Rights to probe reported abuses while also investigating cases on its own, he added.

“If there are violations, they are not tolerated and they are investigated with full due process of law,” Tutaan said.

In its report, HRW said key institutions in the Philippines, including the judiciary and law enforcement agencies, were still weak and the military and the police violated people’s rights with impunity. The New People’s Army, Islamist groups and other armed opposition forces also abused civilians.

It noted that President Aquino had pleaded for patience, saying his administration was working overtime to prevent new cases of human rights violations and to solve earlier ones.

“Yet despite promises of reform, his administration has made little progress in addressing impunity. Extrajudicial killings of leftist activists and petty criminals continue, with the government failing to acknowledge and address involvement by the security forces and local officials,” it said in its report.

“His administration will ultimately be measured by what it achieves, not by his stated intentions,” Pearson said.

According to HRW, the government has failed since 2001 to prosecute members of the military implicated in killings despite strong evidence against them. With an Agence France-Presse report