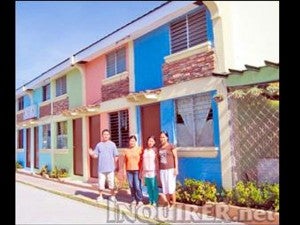 Tony Meloto’s Gawad Kalinga has served as a template for volunteer-driven, low-cost housing for the poor in developing countries.

Antonio Meloto, 61, Chairman of Gawad Kalinga, a  joint Catholic church-private sector advocacy group,  received  an award on Thursday from the Nikkei Asia Prizes for 2011, for his commitment to improving the living conditions of the poor.

Nikkei  Inc., the sponsor of the Nikkei Asia Prizes, which publishes Japan’s leading business newspaper, named Meloto as an awardee for his work in slum areas in the Philippines, Indonesia, Cambodia and Papua New Guinea,  namely  the building of over  200,000 homes in 2,000 communities in these developing countries.

The Nikkei Asia Prizes, which are awarded each year, are designed to recognize outstanding achievements that improve the quality of life in Asia and contribute to regional stability. Nikkei established the awards in 1996 in commemoration of the company’s 120th anniversary.

The Nikkei Asia Prizes are awarded annually in three areas of achievement: regional growth, science, technology and innovation, and culture.

Meloto snagged the award in the category of regional growth.

In the science, technology and innovation category, Wu Maw-Kuen, 61, Director of Institute of Physics, Academia Sinica, Taiwan received the award in honor of his achievements in the area of superconductivity research, such as the discovery of a substance that has an electrical resistance of zero even at a high temperature of minus 200 degrees Celsius. He has also contributed greatly to advancement of science and technology in Taiwan.

Bao Ninh, 58, Vietnamese novelist, won the culture prize. He authored the novel “The Sorrow of War,” a story based on his military service experience. He popularized Doi Moi (renovation) literature both at home and abroad.

Winners of the Nikkei Asia Prizes  may be an individual, group or organization in any Asian nation except Japan. Japanese individuals, groups or organizations are not eligible since the purpose of the awards is to promote understanding within Japan of other Asian nations.

Read Next
US gov’t to promote citizenship in ad campaign
EDITORS' PICK
Look Through: The fate of impounded stray dogs
House energy committee chair Arroyo bats for cheap electricity
Unleash the photographer in you this World Photography Day with vivo smartphones
What to watch out for when selecting a video surveillance solution
23,000 cops to be deployed nationwide for school reopening
DOH says COVID-19 cases plateauing, but public shouldn’t be ‘complacent’
MOST READ
Sharon Cuneta asks for prayers for friend in ICU who suffered silent stroke
Korina Sanchez reunites with former ABS-CBN co-anchors Julius Babao, Cheryl Cosim
Light therapy could be the answer to your sleep problems
Solons file resolutions seeking probe on ABS-CBN, TV5 merger
Don't miss out on the latest news and information.