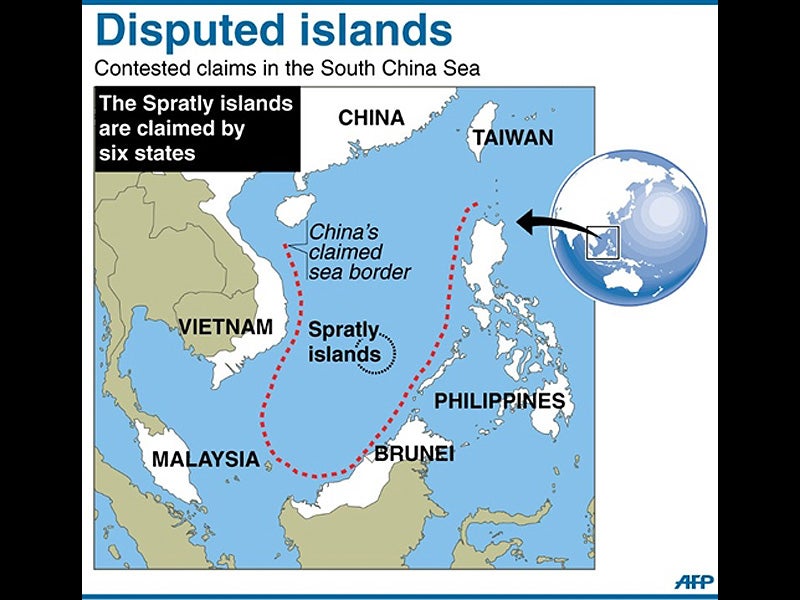 MANILA—Philippine President Benigno Aquino on Tuesday said he warned the Chinese defense minister of a possible arms race in the region if tensions worsened over disputes in the South China Sea.

Aquino said he told visiting Chinese Defense Minister Liang Guanglie in their meeting on Monday that such an arms race could result if there were more encounters in the disputed and potentially oil-rich Spratly islands.

“When we have these incidents, does it not promote an arms race happening within the region? And when there is an arms race, does not the potential for conflict increase?” he recalled telling Liang.

“Who benefits from that?” he told reporters.

Aquino said the poorly equipped Philippine military was no match for China but recent encounters involving military ships and planes in the Spratlys might force Manila’s hand.

During the meetings on Monday, Philippine and Chinese officials pledged to avoid “unilateral actions” that could further inflame tensions over rival claims to the Spratlys.

The Spratlys are a chain of atolls and reefs straddling vital shipping lanes in the South China Sea and are believed to lie atop vast oil and gas deposits.

Apart from China and the Philippines, the islands are claimed in whole or in part by Taiwan, Brunei, Malaysia and Vietnam.

In March, the Philippines complained that Chinese patrol boats had harassed a Philippine oil exploration vessel in disputed waters near the Spratlys.

It subsequently filed a formal protest at the United Nations over China’s claims to the Spratly islands and adjacent South China Sea waters.