My Madame, my mom 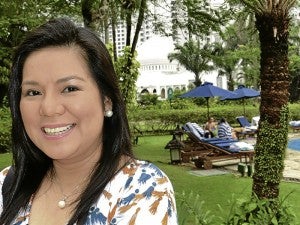 Anne was six years old when her mother left home, reportedly to run off with another man. She was raised solely by her father.

Still, Anne dreamed of one day meeting and getting to know her mother. She felt her life would not be complete if she failed to meet the woman who gave birth to her.

Anne badgered her father for information about her mom. She was so insistent that her father eventually gave in.

Anne was already 32 years old at that time. Her father gave her the full name and address of her mother, who was married to an Arab and lived in Saudi Arabia.

Anne did not waste time. She found a way to communicate with her mother in Saudi Arabia. She introduced herself and begged her mom to let her meet her.

Anne’s mother processed all her needed documents so her daughter could go to Saudi Arabia.  She made arrangements for Anne to come over as an overseas contract worker. All the requirements were soon completed and Anne’s flight was booked.

Anne was so excited. On the airplane en route to Saudi, her thoughts were only for her mother. She turned over and over in her mind what she would do, what she would say, when she finally meets her mom: She would hug her mom tight; she would shower her with kisses. And she would not let go of her mom during their initial meeting.

Finally, she landed at the Saudi airport. This was the moment she had dreamed of for so long.  But Anne was disappointed to find that her mother did not personally fetch her at the airport. She had just sent another Filipina who worked at her parlor to pick her up.

There were no warm hugs and kisses when they finally met.

“You should call me Madame…I am not your mother here. I am your employer… No one should find out that I am your mom, okay?… I spent for your visa and documents to work here, to be a DH (domestic helper) here…,” her mother said rather coldly.

Anne was dumbfounded. She felt like a melting candle. Gone were her plans of making their first meeting memorable.

Anne experienced much suffering from her “Madame.” She worked all day without rest. She was made to clean four houses, including the house of her mother’s in-laws.

Anne ran away from her Madame-mom and sought the help of the Bantay OCW program for her repatriation. She said she regretted knowing her mom, who served as her ruthless Madame in Saudi Arabia.

From Saudi to Bora

Last April 30, the wife of an OFW from Mindanao went to Radyo Inquirer (DZIQ) to complain about her husband.

According to Lynn (not her real name), her husband told her he would be assigned in a far away desert in Saudi Arabia and that he would not be able to communicate with her because there was no (cell phone) signal in the place.

Lynn trusted her husband and had no doubts at that time.

However, days later, the complainant was surprised when she saw photos of her OFW husband with his girlfriend in Boracay posted on Facebook.

Lynn was totally shocked upon learning that her other half was fooling her. The “far away desert” that her OFW husband had told her about turned out to be a “desert in Boracay.” It was an awful and painful discovery.

Lynn wants to file a legal case against her husband.

What’s the lesson here? Don’t ever take a photo and publish it on Facebook or other social networking sites. Kidding aside, our complainant’s evidence of her husband’s disloyalty was simply made easy through Facebook.

But this is not a new strategy for duping spouses of OFWs. In our society, these actuations are a reality in some marital relationships—and flagrantly showing those photos on Facebook often takes the place of a more courageous face to face confession of infidelity.