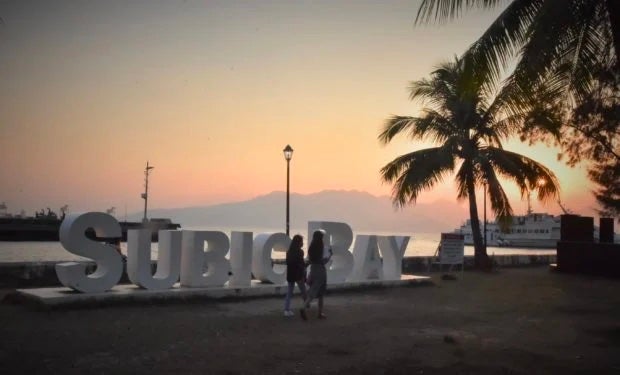 MANILA, Philippines — Subic Bay was tagged as a “priority” site for infrastructure projects aimed at “supporting economic growth” in the Philippines, diplomats and defense officials of Manila and Washington said in a meeting last week, which tackled at the outset security cooperation and “issues related to the South China Sea.”

The former US naval base in Zambales province, which became a free port after the Philippine Senate voted in 1991 to reject US bases in the country, has recently been visited by US officials, beginning with Ambassador MaryKay Carlson in November last year and Lindsey Ford of the US Department of Defense last week.

During Ford’s visit, the Philippines and the United States held their two-day Bilateral Strategic Dialogue (BSD) in Manila which ended on Friday.

A statement by the Department of Foreign Affairs and the US Embassy said the BSD, which is now on its tenth round, “serves as the main annual platform for our two countries to discuss the full range of political, security and economic cooperation.”

The two nations are allies bound by the Mutual Defense Treaty of 1951 — which the dialogue tackled as it resolved, among other things, to fully implement the Enhanced Defense Cooperation Agreement (Edca) of 2014.

Edca, which Carlson recently described as one way to “operationalize” the 1951 treaty, is one of two agreements—the other being the Visiting Forces Agreement of 1999—which the Philippines entered into with the United States even after the termination of the US bases in 1991.

The statement also said the two allies plan to convene this year a second “maritime dialogue,” after the first one in April last year, to address maritime issues concerning the South China Sea.

It further cited the BSD as saying that it “highlighted” Subic Bay as a priority, with regard to “high quality, private sector-led infrastructure investment as a means of supporting economic growth and enhancing connectivity in the Philippines.”

Soon after the dialogue, Ely Ratner, US assistant secretary of defense for Indo-Pacific security affairs, tweeted on Saturday Ford’s visit at the Agila Subic Shipyard, which Carlson had earlier visited.

Ford, US deputy assistant secretary of defense for South and Southeast Asia, was accompanied by Maj. Gen. Chris McPhillips, director of the strategic planning and policy directorate of the US Indo-Pacific Command, and other officials.

“Subic offers opportunities for the US and Philippine navies to strengthen mutual defense and enhance interoperability,” Ratner said.

The shipyard could soon see the presence of US Navy ships, as American defense contractor Vectrus Inc. is among its tenants, while the Philippine Navy moved in its capital ships last year to occupy 100 hectares of the northern portion of the 300-ha shipyard.

A security official told the Inquirer in May last year that the move to sell the shipyard to an American investor was a strategic play to ward off a potential Chinese takeover.

In a forum hosted by the Washington-based Center for Strategic and International Studies early this month, Philippine ambassador to the US Jose Romualdez said “it [was] very opportune that the United States came into the picture.”

“We would like to have more economic activity between the Philippines and China, being a neighbor, but we were also quite disturbed by the fact that they came in very strongly wanting to take over that project,” he said.

The Agila site was “a good formula where we can have our economic and alliance into a perfect position,” Romualdez said.

SBMA chief: Subic Freeport should be commended, not criticized, for intercepting smuggled goods