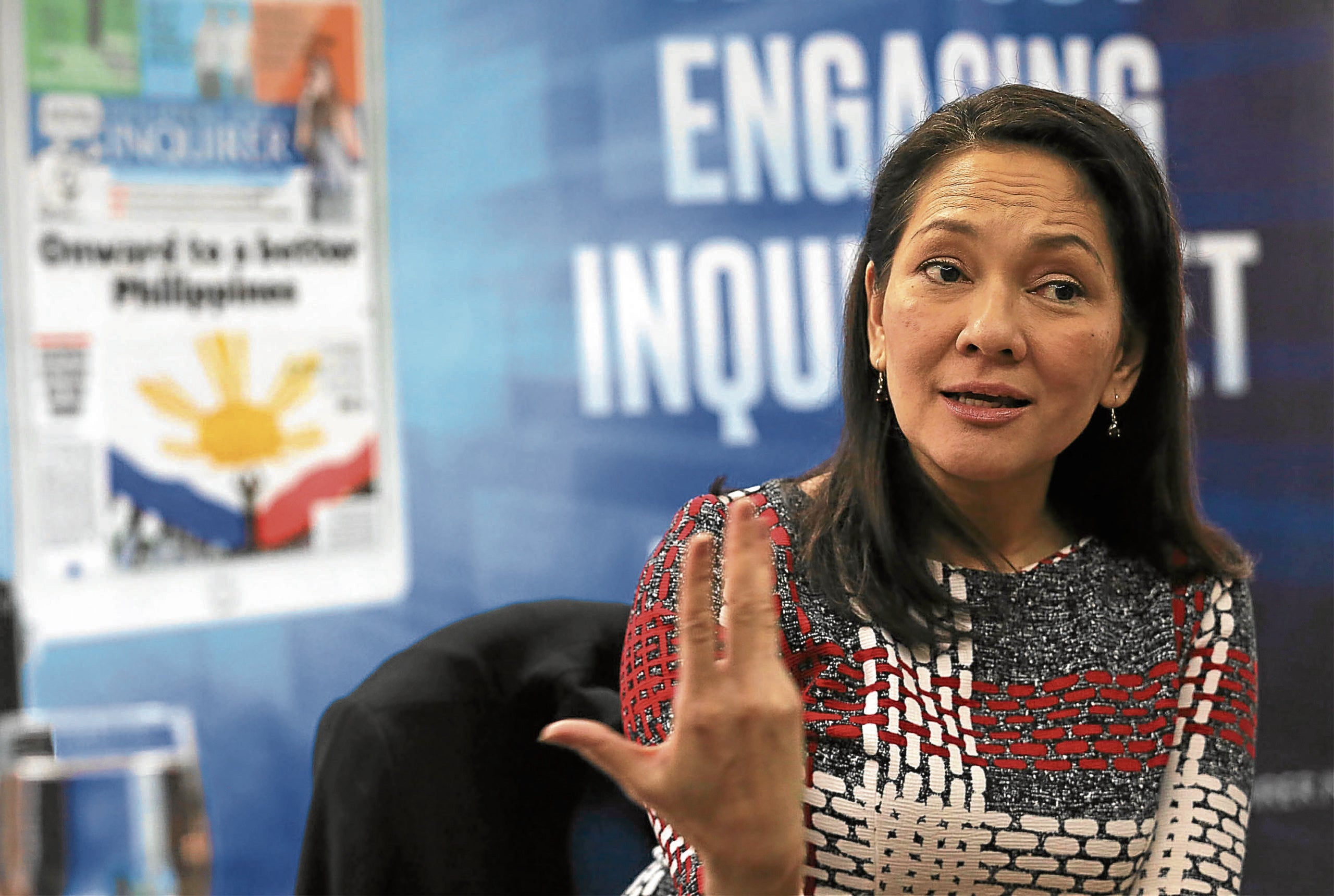 FILE PHOTO: Senator Risa Hontiveros answers queries from PDI officers and staff during a round table interview at PDI office, March 3,2020. – Hontiveros said Friday, January 20, 2023, that officers of the Bureau of Immigration at Clark International Airport in Pampanga have been linked to the trafficking of Filipinos to Cambodia. INQUIRER / JOAN BONDOC

MANILA, Philippines — Senator Risa Hontiveros on Friday said officers of the Bureau of Immigration (BI) at Clark International Airport in Pampanga had been linked to the trafficking of Filipinos to Cambodia.

According to her, “Miles” – a Filipina who was allegedly trafficked to Cambodia to work as a cryptocurrency crook for a Chinese scammer – disclosed that recruiters supposedly pay around P75,000 to P100,000 to immigration officers for every Filipino they allow to leave the country without question.

Miles earlier reached out to the office of Hontiveros.

READ: Filipino trafficking victim in Cambodia speaks up on abuses of Chinese bosses

(If true, it is sad that government employees themselves are the ones who are harming our fellow Filipinos.)

“Our Senate inquiries on the Pastillas scam resulted in the indictment of a number of BI officials, but it seems there are still groups or individuals within the agency who will stop at nothing to make an easy buck,” she also lamented.

Still citing information she gathered from Miles, the senator said trafficking victims were instructed to exit the country from Clark, Pampanga, as the recruiter had contacts with BI officers in that airport.

(In Clark, they have an escort from immigration. There is an agent there who books tickets and have direct contact with the immigration officer. They don’t conduct an interview or seek documents. They just instantly stamp the passport… You will be told which booth you should go to; they will guide you.)

Hontiveros said immigration officials and airport terminal managers, among others, will be invited to the upcoming hearing of the Senate committee on women, children, family relations, and gender equality to tackle persistent cases of outbound human trafficking of Filipinos.

(They are the ones who can prevent Filipinos from going to syndicates abroad. What is happening, it seems, is that they are even the ones pushing Filipinos into danger.)

(Anyone who conspires with illegal recruiters and syndicates to prey on Filipinos will be held accountable.)

Hontiveros’ statement came after the BI relieved two of its personnel due to suspected ties with human trafficking syndicates.

Aside from Myanmar, DMW also looks into human trafficking in Cambodia, Laos