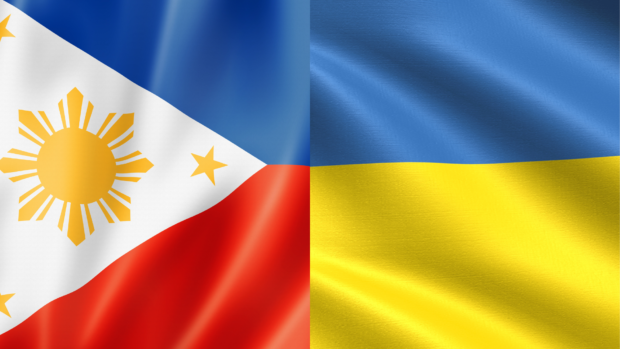 MANILA, Philippines — The Ukrainian government has been contacting President Ferdinand “Bongbong” Marcos Jr. to arrange a call between him and President Volodymyr Zelensky to discuss the Philippines’ role in the Ukraine-Russia conflict but has not heard any response since June.

“We are requesting a phone call between the President of Ukraine and at that time, President-elect Marcos, but we haven’t gotten a reply from the presidential office yet,” said Denys Mykhailiuk, the Chargé d’affaires of the Ukraine Embassy in Malaysia.

In a press briefing with Philippine reporters, Mykhailiuk said they had contacted Marcos through the Department of Foreign Affairs (DFA) twice a month since June 2022.

“They will be discussing participation or cosponsoring on the Peace Formula, which is to be presented on the fields of the [United Nations] on [February 24, 2023], as well as bilateral agenda,” said Mykhailiuk.

According to the United Nations website, the Peace Formula was previously outlined by Zelensky in September, which is a plan to restore peace in Ukraine. Part of this plan is Russia’s punishment for committing an “illegal war.”

“The proposal is still standing,” the envoy said.

Marcos was still president-elect when Ukraine first contacted him, but Mykhailiuk said there had been informal follow-ups since then.

“I have contacts with the DFA, and I am asking our desk officer, for let’s say, twice a month, it’s not a formal wiring because they already have the formal one,” he said.

When asked why he thought the Philippine government had yet to respond, Mykhailiuk surmised that it was due to Marcos still being newly elected.

“My guess might be that they are forming the government and are preoccupied with their domestic agenda, and they also had the contact with main partners, so they have China and the United States, so we quite understand that,” he said.

“We expect that their position of the presidential administration to our situation, to our war, is already settled, and we hope that any time soon they will be ready for a phone call with the president and be also ready to establish some visit of Filipino governmental positions to Ukraine, or Ukrainians to Manila,” added Mykhailiuk.

During his presidential bid, Marcos said he believed there was no need to stand in the war between Russia and Ukraine.

READ: Marcos on Ukraine-Russia conflict: ‘No need to make a stand’

Months after winning the elections and being sworn into office, however, Marcos said that the war between the two countries was “unacceptable.”

Mykhailiuk also said that plans to establish a Ukrainian embassy in the Philippines were stalled due to budget constraints, but they hope to achieve it this year.

When it came to establishing a Philippine embassy in Ukraine, however, “there was no direct inquiry from the Filipino side to establish an embassy in Kyiv”, said Mykhailiuk.

INQUIRER.net has reached out to the Malacañang and DFA for a comment but has yet to receive a response.

Ukraine has been in conflict with Russia since February 2022, leading to the death of thousands and driving millions of Ukrainians to flee the country.