Marcos tells Xi: No ‘Cold War mindset’ on Philippine side 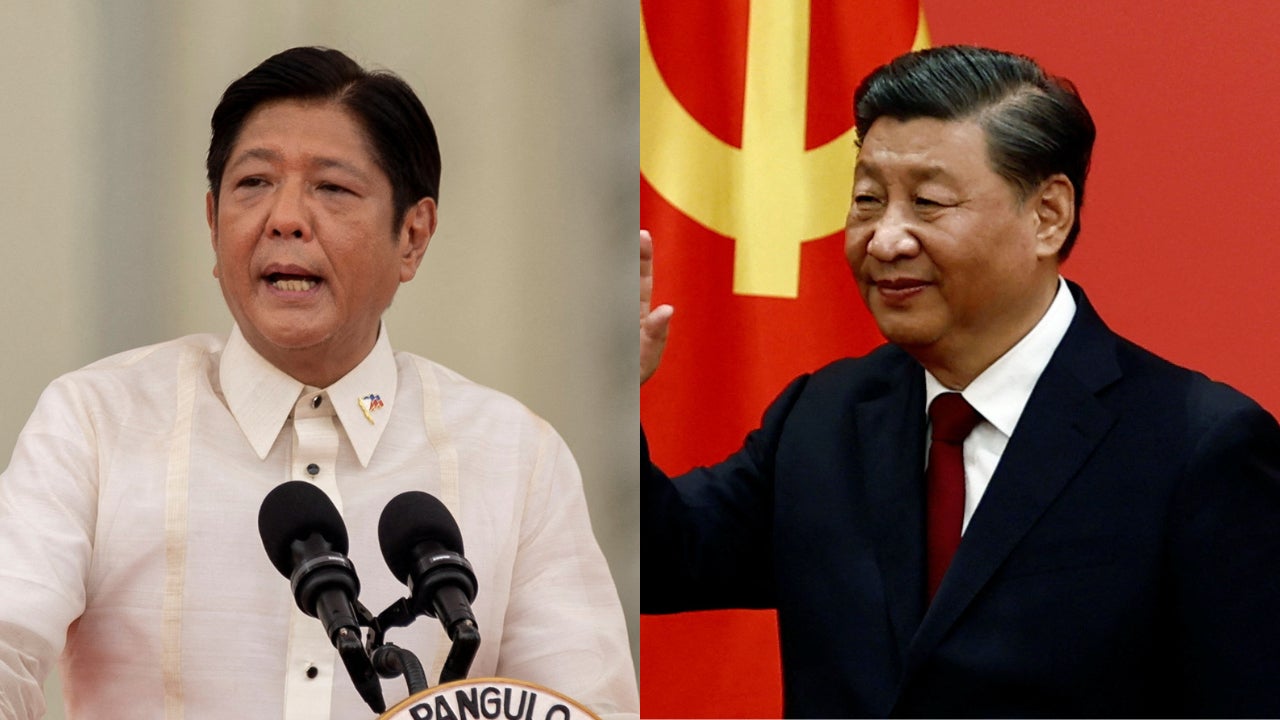 BANGKOK—President Ferdinand Marcos Jr. rejected what he described as a “Cold War mindset” in addressing tensions in the disputed South China Sea, a sentiment shared by Chinese President Xi Jinping who said the Asia-Pacific region shouldn’t be “an arena for a big power contest.”

That sense of avoiding neighborly frictions emerged as the de facto theme of the President’s first bilateral meeting with the Chinese leader on the sidelines of the Asia-Pacific Economic Cooperation (Apec) Summit here on Thursday.

Mr. Marcos assured Xi that the Philippines would continue to pursue an independent foreign policy, despite revitalized ties with the United States, China’s main rival in the region.

In a press statement on Friday, the Department of Foreign Affairs (DFA) said Mr. Marcos and Xi agreed that “maritime issues do not define the totality of Philippines-China relations.”

“Our foreign policy refuses to fall into the trap of a Cold War mindset. Ours is an independent foreign policy guided by our national interest and commitment to peace,” the DFA quoted Marcos as saying during the meeting with Xi.

The Cold War refers to the period of struggle and antagonism between the United States and the Soviet Union and their respective allies from the mid-1940s up to the collapse of communist Russia in 1991.

In a statement released early Friday, the Chinese government said Manila and Beijing “must stick to friendly consultation and handle differences and disputes properly.”

China has refused to recognize the 2016 arbitral ruling that invalidated its sweeping claims in the resource-rich South China Sea and upheld the right of Filipino fisherfolk to fish in those waters. It has also rejected US involvement in regional disputes.

Beijing said China and the Philippines “need to keep strategic independence, uphold peace, openness and inclusiveness, and stay the course of regional cooperation.”

“They should work together to reject unilateralism and acts of bullying, defend fairness and justice, and safeguard peace and stability in the region,” it said, adding that mutual trust between the Philippines and China was being “increasingly strengthened.”

Both the Philippines and China made no mention of the July 12, 2016 of the decision by the international arbitral tribunal in The Hague, the Netherlands that favored the Philippine side.

Mr. Marcos earlier told reporters “it’s impossible for me to talk to China without mentioning that,” referring to issues in the West Philippine Sea, the country’s name for parts of the South China Sea within its 370-kilometer exclusive economic zone.

In its statement, China said the Philippine side vowed during the bilateral meeting to “continue to adhere to the One-China policy, uphold the principle of peace, stay committed to an independent foreign policy, and will not take sides.”

In a statement for the Apec CEO Summit on Thursday, Xi told regional and world leaders that Asia Pacific “is no one’s backyard and should not become an arena for [a] big power contest.”

“No attempt to wage a new Cold War will ever be allowed by the people or by the times,” he said.

To help “manage differences and regional tensions,” the DFA said Mr. Marcos and Xi also reaffirmed their support for the early conclusion of a Code of Conduct on the South China Sea during their meeting.

The DFA said Mr. Marcos, who is set to embark on a state visit to China in January, also told Xi of the need for enhanced economic and development partnerships between Manila and Beijing.

Mr. Marcos thanked Xi for China’s donation of 20,000 tons of urea fertilizer and millions of doses of COVID-19 vaccine.

During the President’s meeting with the crown prince, the Saudi government agreed to shoulder the unpaid salaries of about 10,000 overseas Filipino workers amounting to about P30.5 billion from Saudi construction companies that declared bankruptcy in 2015 and 2016, according to Migrant Workers Secretary Susan Ople.

Read Next
Ban on deployment of OFWs to Sri Lanka lifted
EDITORS' PICK
House energy committee chair Arroyo bats for cheap electricity
Lawmakers eyeing more changes in Maharlika plan
Shop smarter with vivo’s big 12.12 holiday deals
The vivo Y02 is now available in the Philippines for only PHP 5,299
How not to retire as an ex-president
Hidilyn Diaz wins only gold missing from her collection
MOST READ
Jovit Baldivino, ‘Pilipinas Got Talent’ winner, dies at 29
LPA enters PAR, to likely strengthen into tropical depression in coming days – Pagasa
Andi Eigenmann, family in Manila for a quick visit; Ellie dines with grandma Jaclyn Jose
11 Filipino imports named to Japan B.League Asian All-Star team
Don't miss out on the latest news and information.