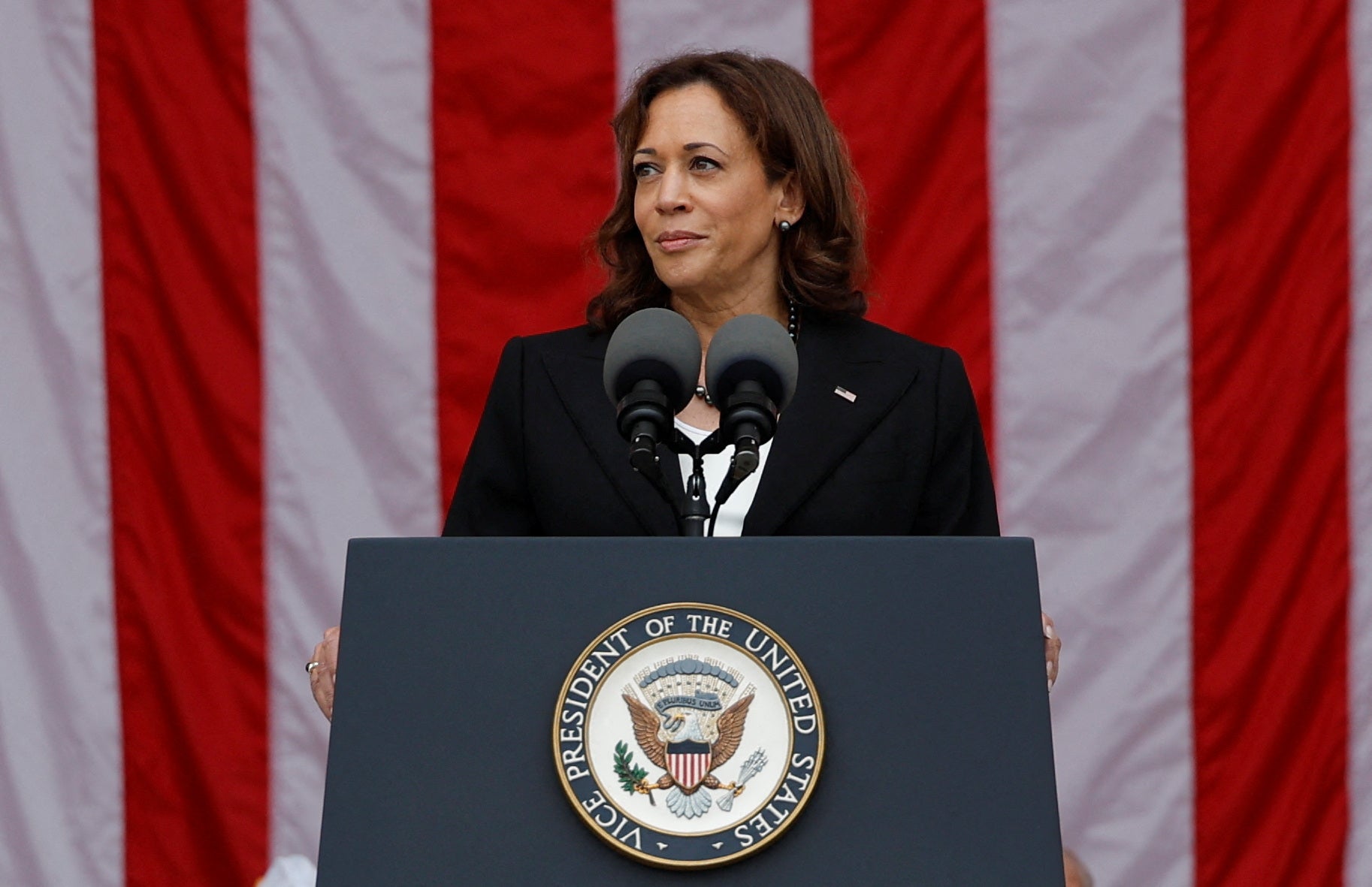 US Vice President Kamala Harris will arrive in the country this weekend to meet with President Marcos and Vice President Sara Duterte, before heading to Palawan province to demonstrate Washington’s “commitment to the rule of law in the disputed South China Sea.”

According to a briefing given by a senior US administration official on Wednesday, Harris will arrive in Manila on Sunday night after taking part in the Asia-Pacific Economic Cooperation (Apec) summit in Thailand, which Marcos would also attend.

She would be the highest ranking US official so far to visit the Philippines under the Marcos presidency and the first top White House official to make the trip since former US President Donald Trump in 2017.

On Monday, Nov. 21, Harris will first meet with Duterte, then Marcos, with the agenda expected to focus on strengthening economic and security ties.

On Nov. 22, the American vice president will fly to Puerto Princesa City, where representatives of the Philippine Coast Guard (PCG) will give her a tour of Palawan, the island province closest to the disputed Spratly islands in the West Philippine Sea (WPS).

The PCG will welcome her aboard the BRP Teresa Magbanua, one of the coast guard’s newest patrol craft from Japan that has been frequently deployed to the West Philippine Sea and has confronted Chinese coast guard and militia vessels while escorting Filipino vessels on resupply missions to a military detachment on Ayungin (Second Thomas) Shoal, one of the nine Philippine-occupied outposts in the Spratlys.

PCG commandant Adm. Artemio Abu on Wednesday said Harris’ tour aboard the vessel would be part of the Palawan leg of her three-day visit in the country.

China has built artificial islands hosting military facilities across the Spratlys, parts of which are also claimed by the Philippines, Brunei, Malaysia, Taiwan and Vietnam.

The Philippines has continued to insist on the landmark 2016 Hague international arbitral ruling reaffirming the country’s exclusive economic zone.

At the briefing, the senior US official said “China can take the message it wants (about Harris’ visit)” but it will “reaffirm our defense commitments to the Philippines and the importance of our alliance in peace and stability in the South China Sea.”

The United States said it would pour in some $60 million worth of maritime initiatives in Southeast Asia, a move disclosed during the US-Asean Summit held in May where Harris led a session on maritime security.

Harris’ engagements with the PCG, which has benefited from US training and equipment, will allow her to see firsthand the outcomes of the partnership and discuss how it can be strengthened with more funding and initiatives, according to Wednesday’s briefing organized by the US Embassy in Manila.

In an Inquirer interview, South China Sea expert Gregory Poling of the US-based think tank Center for Strategic International Studies said Harris’ visit to Palawan would probably “irritate Beijing but it won’t do much complaining. It’s not as if she is going to the Spratly Islands.”

“The US is looking to send a message of commitment to modernizing the alliance and standing with the Philippines in the South China Sea,” Poling said.

Still in Palawan, Harris is also scheduled to meet with residents and civil society leaders to discuss the impact of illegal fishing on their coastal economies.

Harris, who made history as the first woman and woman of color to win the US vice presidency, will also hold talks with Filipino women’s groups on topics ranging from economic empowerment to civic engagement.