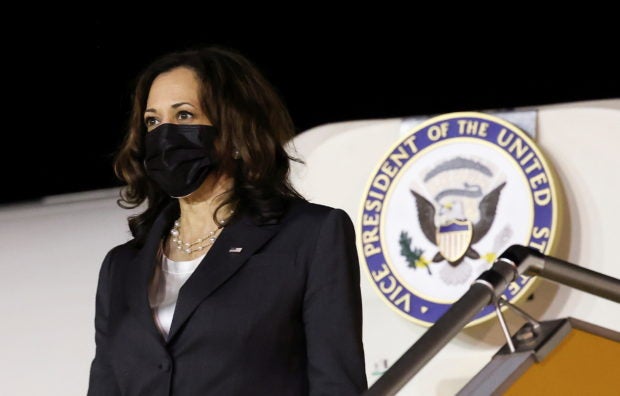 MANILA, Philippines – United States Vice President Kamala Harris will meet with Philippine President Ferdinand “Bongbong” Marcos Jr. and Vice President Sara Duterte in Manila during her visit to the country from November 20 to 22.

Harris will arrive in Manila on Sunday evening after her participation in the Asia-Pacific Economic Cooperation Summit in Bangkok, Thailand.

READ: US VP Harris says she is going to Philippines later this year

A senior US administration official, in a background briefing on Wednesday, said Harris will meet with Duterte and later have a “longer bilateral meeting” with Marcos.

“The focus with President Marcos will be twofold: strengthening our security alliance and economic relationship,” the official said.

Harris is expected to reaffirm the US commitment to its alliance with the Philippines on peace and stability in the South China Sea.

“They will discuss upholding international rules and norms. The Vice President will also commit to work more closely with the Philippines to strengthen our economic partnership and investment ties,” the official detailed.
Harris will also be meeting with civil society activists in a bid to demonstrate the US’ “continued support for human rights and democratic resilience.”

She will then engage in a town hall meeting with young Filipino women about empowering them to participate in economic and civic activities.

“This will be the first event of its kind she has done overseas since taking office, and it’ll be a good opportunity for direct engagement with the Filipino people, underscoring the strong people-to-people ties with the Philippines and historic ties,” the official further noted.

To cap off her trip in the Philippines, Harris will visit Puerto Princesa in Palawan to meet with residents, civil society leaders, and representatives of the Philippine Coast Guard (PCG).

“This is another historic visit, as the Vice President is the highest-ranking US official ever to visit Palawan. This visit demonstrates the Biden-Harris administration’s commitment to stand with our Philippine ally in upholding the rules-based international maritime order in the South China Sea, supporting maritime livelihoods, and countering illegal, unregulated, and unreported fishing,” the official said.

Harris will be delivering remarks before the PCG which, the official noted, is seen to spotlight “the importance of international law, unimpeded commerce, and freedom of navigation in the South China Sea.”

The official pointed out that Harris’ stop in Palawan’s capital highlights her aim to directly interact with people who often don’t get the opportunity to meet with high-ranking US officials.

“Leaving the capital city, going to Palawan and visiting communities there will do just that.  And it’s a prime example of the way the Vice President seeks to engage on the world stage,” the official added.