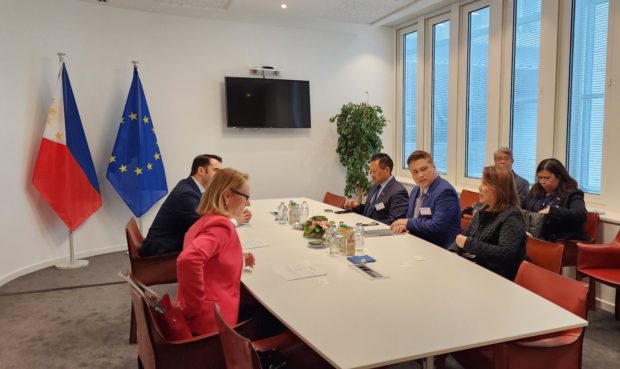 MANILA, Philippines — The Philippines is pursuing a reapplication for the Generalized Scheme Preference Plus (GSP+) of the European Union (EU), Senate President Pro Tempore Loren Legarda said on Monday.

The GSP+ grants developing nations a special incentive to push for sustainable development and good governance.

The country’s participation in the GSP+ is set to expire in December next year.

“The Philippines has been benefitting from the GSP+ since 1994, and it has helped improve our country’s socio-economic development.

“During our meeting in Belgium, we requested the EU to allow us to reapply for GSP+. We appealed to continue including the Philippines in the scheme because we are a good ally in the ASEAN (Association of Southeast Asian Nations), we have a young and skilled workforce, and our country is an ideal destination for investment,” Legarda said in a statement.

Countries that seek to apply for the GSP+ must uphold 27 international conventions on human rights, labor, environment and climate protection, and good governance.

“Our country stands for the rights of our women, men, and children, of the poorest, most marginalized, and vulnerable populations.

“We have many laws that protect the welfare of our people such as the Anti-Domestic Violence Act and Anti Trafficking in Persons Act, which I authored,” she said.

Legarda and her fellow senators likewise guaranteed the EU that they share the same advocacies.

“The Philippines has a lot to offer to the EU for investments and business opportunities as our country is strategically located in the Indo-Pacific, and having one of the most dynamic and resilient economies in the Asia-Pacific region,” she said.

The trade in goods between the Philippines and EU amounted to €15.2 billion or P898.4 billion in 2021, according to the European Commission. Bilateral trade in services, meanwhile, was at €4.9 billion or P289.6 billion in 2019.

EU is the largest foreign investor in the Philippines, said the commission, with direct investment stock of €14.4 billion or P851.1 billion in 2019.

The Department of Trade and Industry reported that the country logged a record utilization rate of 76 percent for GSP last year, adding that the Philippines benefited from increased market access to the EU.