No casualties among Filipinos in magnitude 6.9 earthquake in Taiwan — Meco | Global News

No casualties among Filipinos in magnitude 6.9 earthquake in Taiwan — Meco 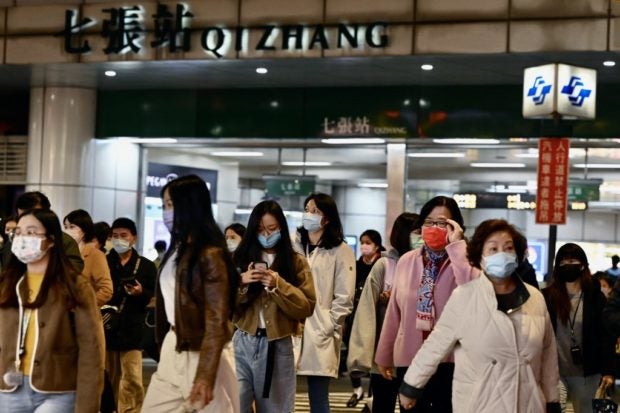 Commuters exit a Mass Rapid Transport (MRT) station in Xindian in New Taipei City on January 3, 2022, after a strong earthquake struck off the coast of eastern Taiwan with shaking felt in the capital Taipei. (Photo by Sam Yeh / AFP)

MANILA, Philippines — There are no casualties among Filipinos in Taiwan after a magnitude 6.9 earthquake struck the island state’s southeastern part.

Manila Economic and Cultural Office (Meco) chairperson Silvestre Bello III on Monday said that they have not received any reports from Filipinos in Taiwan following the tremor.

(With God’s mercy, none. The three areas there — Taipei, Taichung, and Kaohsiung — have the same reports: no casualty among our fellow Filipinos.)

The epicenter of the strong earthquake that hit on Sunday was Taitung county.

The tremor left hundreds of people in Taiwan trapped on mountain roads and train carriages derailed.