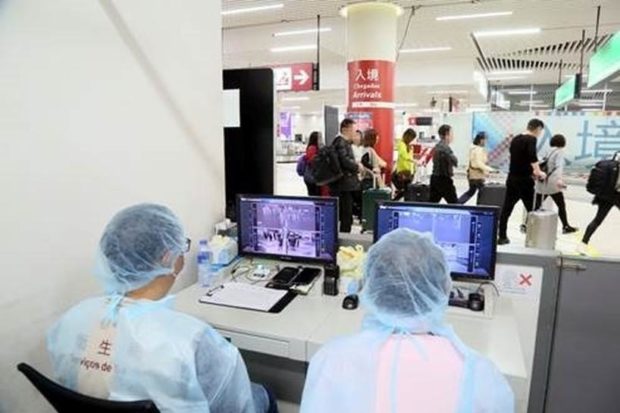 Officials at the Macau International Airport monitor thermal scanners at a temperature monitoring station.  This photo was taken in January 2022. (File photo from Reuters)

MANILA, Philippines — The mandatory COVID-19 testing of Filipinos in Macau is “purely a health issue,” the Philippine Consulate General in China’s Special Administrative Region said in a statement issued on Saturday.

“And yet there are those who remain focused on politicizing this,” the consulate said.

Citing government figures, he said Filipinos accounted for 9.5 percent of Macau’s total cases of the new coronavirus in this outbreak, according to a Bloomberg report.

The order sparked criticism and condemnation, with social media users calling the move racist and discriminatory.

However, the Philippine Consulate said it had expressed agreement with the findings shared by the Macau government.

The consulate also noted that Macau had a similar directive in the past asking specific nationals from neighboring countries to undergo the same emergency health measure.

“And yet at that time, no one has bothered to raise the same issue of discrimination being raised now,” the consulate said. “Are we Filipinos better than our sisters and brothers from our neighbor countries just because we have a significant number in Macau?”