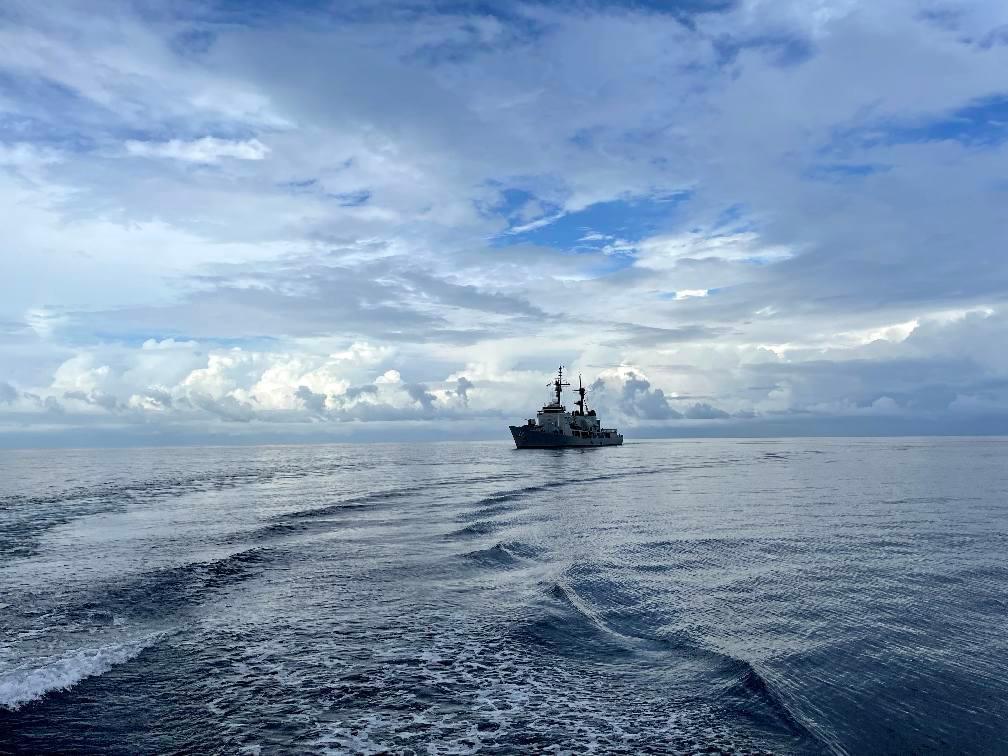 After the US Navy’s back-to-back “freedom of navigation operation” in the South China Sea to challenge China’s “excessive maritime claims,” the military’s Western Command (Wescom) in Palawan also sent one of its biggest ships to the Spratly Islands to assert its rights over the area.

The BRP Andres Bonifacio (PS-17), one of three hand-me-down vessels from the US Coast Guard, conducted a “sovereignty patrol” on Sunday at the Kalayaan Island Group in the West Philippine Sea.

Vice Adm. Alberto Carlos, Wescom chief, who joined the patrol, said it was always good to visit troops assigned to the area at every opportunity.

“I am looking forward to seeing everyone’s morale in tiptop shape,” he added.

The BRP Andres Bonifacio made a stop at Rizal (Commodore) Reef, one of the Philippines’ nine small military detachments in the KIG, located about 110 nautical miles west of Balabac, Palawan.

The 115-meter BRP Andres Bonifacio returned to service early this month after undergoing two months of repair and maintenance. With a cruising range of around 22,500 kilometers and a speed of up to 28 knots, it is armed with 76-mm automatic cannons, light cannons and .50-caliber machine guns.

China has been claiming almost the entire South China Sea, rejecting a 2016 arbitration court ruling that invalidated its sweeping claims. The Philippines, Malaysia, Vietnam, Taiwan and Brunei have overlapping claims.

A China Coast Guard vessel last month warned Filipino troops stationed at BRP Sierra Madre which serves as the Philippines’ military outpost in Ayungin (Second Thomas) Shoal, of “consequences” if they continue “making trouble,” based on suspicions they are conducting repairs.