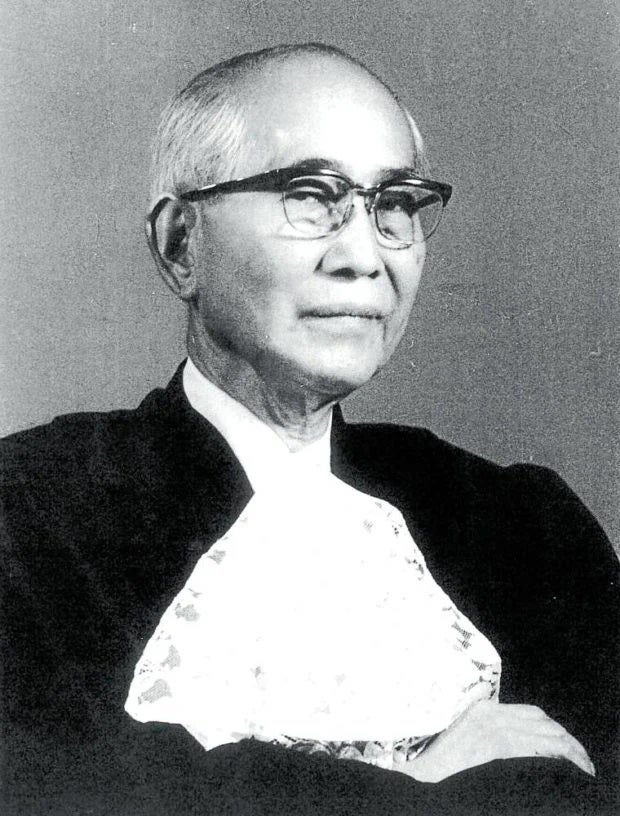 In recognition of the unprecedented achievement of former Chief Justice Cesar Bengzon as the first and so far the only Filipino judge of the International Court of Justice or ICJ (from 1967 to 1976), the Philippine Embassy in The Hague will dedicate a sitting room in his honor at its newly renovated chancery.

According to the Department of Foreign Affairs (DFA), the inauguration of ICJ Judge Cesar Bengzon Hall will be on July 19.

“The Philippines has made significant contributions to the progressive development of international law in at least four areas: (1) the drafting of the United Nations Charter and, in particular, on the chapter on international trusteeship for nonself governing territories; (2) the articulation of key principles of the peaceful settlement of disputes as embodied in the Manila Declaration of 1982; (3) the development of the archipelagic doctrine in Unclos (United Nations Convention on the Law of the Sea), and recently on clarifying key Unclos provisions on maritime entitlement and jurisdiction, and (4) the distinguished service of eminent Filipino jurists in international tribunals,” said Philippine Ambassador to The Netherlands Eduardo Malaya.

“We Filipinos should take pride [in the fact] that we are not only receivers of international law but actually shapers of it,” he added.

Undertaken in collaboration with the Philippine Society of International Law, the inauguration will be attended by several prominent international legal luminaries, including incumbent judges of the ICJ.

The event affirms the recognition of the Philippines’ contribution to the international legal system through Judge Bengzon and other outstanding Filipinos in the field, the DFA said.

Also, to be honored during the ceremony are Justice Florentino Feliciano, senior associate justice of the Supreme Court of the Philippines (from 1994 to 1995) and founding member and then president of the Appellate Body of the World Trade Organization (from 1995 to 2001); and Judge Raul Pangalangan, judge of the International Criminal Court (from 2015 to 2021).

The ICJ has its seat in The Hague, The Netherlands.

Keynote messages will be delivered by Judge Kirill Gevorgian, vice president of the ICJ; and ICJ Judge Iwasawa Yuji.