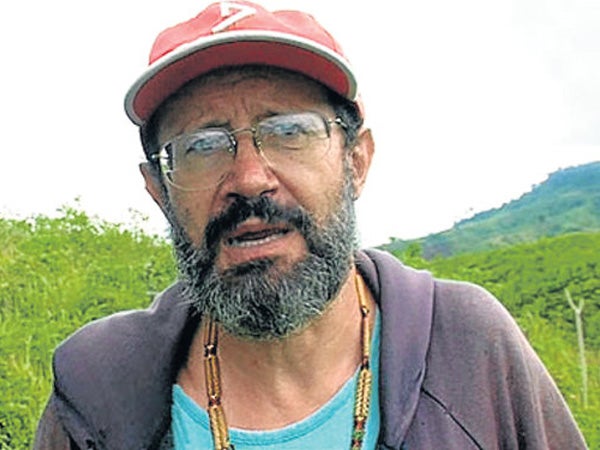 Undated handout photo of Italian missionary Fausto Tentorio who was shot dead outside a church in Arakan, North Cotabato. PHOTO COURTESY OF PIME

MANILA, Philippines—Without any strong leads on the October 17 killing of Fr. Fausto “Pops” Tentorio, officials from the European Union and the Italian Embassy in Manila on Thursday pressed the government to step up its efforts to unmask the perpetrators and the media not to forget his case.

“We will be absolutely satisfied when the names of the perpetrators come out. Certainly they’re doing all their best,” Italian Ambassador Luca Fornari said during a dialogue with the press on extra-judicial killings, including Tentorio’s, at the Commission on Human Rights.

Close to two months after the Italian missionary was shot dead by motorcycle-riding men near his convent in Arakan, the police have not publicly come out with any leads, apparently hobbled by the lack of witnesses.

Authorities have been looking into different angles behind the killing of Tentorio, a fierce defender of the indigenous people, including the possible involvement of the military, para-military groups, local politicians and multinational companies.

Guy Ledoux, head of the EU Delegation to the Philippines, stressed that a “strong, effective, enforceable and accessible justice system” was crucial to deterring extra-legal killings.

“If justice is done, by means of a thorough and fair process and followed by the conviction of criminals, this will send a strong signal to potential perpetrators that they will be punished for their crimes,” he said.

“If the culture of impunity is broken, the scourge of extralegal killings and of other human rights violations will come to an end,” he added.

Fr. Giovanni Re of the Pontifico Instituto Missioni Estere (Pontifical Institute of Foreign Missionaries), Tentorio’s fellow missionary, was more succinct in his call to the government.

Bishop Broderick Pabillo agreed: “If we can’t solve this, people will have courage to do this.”

In a statement she read later, CHR Chair Loretta Ann Rosales said the perpetrator was still on the “run” and hoped that Tentorio’s “noble sacrifice” spur the government to establishing a “zero tolerance policy” against extra-judicial executions.

“We must all stand against this climate of impunity. We must all  claim justice for Father Fausto and for all the victims of human rights violations worldwide,” she said.

Fornari said he deeply appreciated Interior Secretary Jesse Robredo’s gesture of sharing all information on the case with him at President Aquino’s instruction, saying this was a clear sign of the government’s resolve to break the culture of impunity.

“This has never been done before by the Philippine government,” he said. He said the police have some ideas of the mastermind, but conceded that the lack of witnesses was a big problem in the investigation.

The Italian embassy is holding a consciousness raising event for Tentorio at 6 p.m. on Saturday, International Human Rights Day, so that the public, including the media, will not forget about this killing, Fornari said.

“This case risks to be forgotten. That’s the problem of the media,” he said.

CHR Commissioner Jose Manuel Mamauag said the commission was exploring the possible involvement of several sectors, including the military, para-military group Bagani, and even local politicians in the killing.

“We’re not ruling out the involvement of the AFP,” he said, citing accounts that Tentorio had witnessed the seizure of a sack of firearms at a checkpoint from “special forces” that a military officer later took into his custody.

But the CHR was also not ruling out land dispute involving lumads and a multinational company, a tribal war, and mining explorations outside of Arakan, among others.

“We’re not ruling out all versions,” he said, adding that the CHR was narrowing down the suspects through a process of elimination.