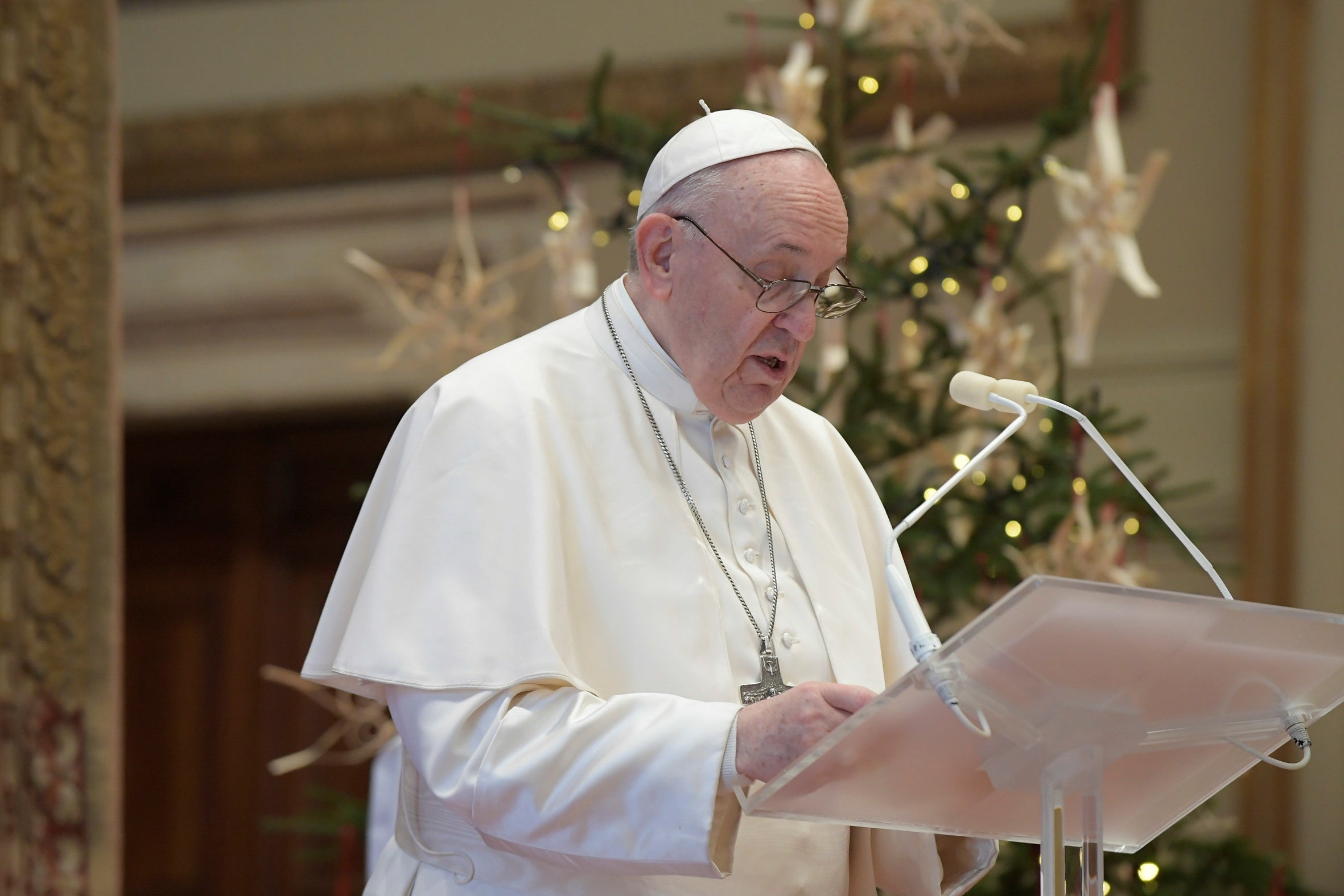 (FILE) Pope Francis delivers his traditional Christmas Day Urbi et Orbi speech to the city and the world virtually from inside the Hall of Blessings instead of from the St. Peter’s square in order to limit the number of people gathering due to the coronavirus disease (COVID-19) regulations, at the Vatican, December 25, 2020. Vatican Media/Handout via REUTERS

MANILA, Philippines — Pope Francis congratulated President Ferdinand “Bongbong” Marcos Jr. on his inauguration as the 17th President of the Philippines.

The head of the Roman Catholic Church also sent Marcos his “best wishes” in a message, the Catholic Bishops’ Conference of the Philippines (CBCP) said Thursday.

“In assuring you of my prayers that you will be sustained in wisdom and strength, I invoke Almighty God’s blessings of peace and prosperity upon the nation,” the pope wrote.

The pope’s message was also read by Archbishop Charles Brown, the Papal Nuncio to the Philippines, during the Pope’s Day Mass at the Manila Cathedral on June 29.

The Papal Nuncio also assured Marcos of the “collaboration and the support of the Catholic Church as he takes on the weighty responsibility of his office.”

Marcos took his oath as president of the Republic of the Philippines on Thursday, June 30, at the National Museum in Manila.